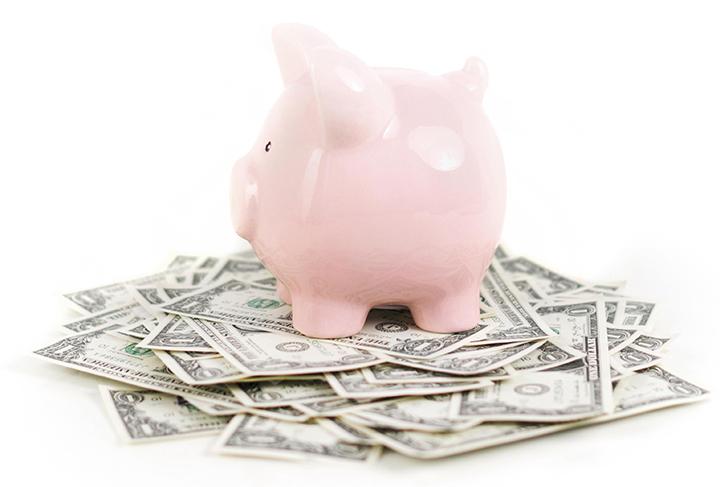 One of the tricks of successful education is the “exceptional teacher’s” ability to make the process fun. When a parent takes over the teacher’s job in the home, it is sometimes disastrous for both parent and student. The parent’s intentions are good, but the part that gets lost is the fun.

The banking game described here can provide the fun and also accomplish the following teaching objectives:

Along with these benefits, the program provides an opportunity for positive parent-child interaction during the educational process.

To get started, you need the following materials: several unused checkbooks, some deposit and withdrawal slips, a little “white-out” on an old bank statement, and two large piggy banks with enlarged holes for “ease of transaction.”

At the ages of seven and ten, I introduced my children to the world of banking by opening the “Children’s Bank and Trust Company,” appointing myself Teller. Each child was given a stack of withdrawal slips, a new checkbook (with deposit slips), and a brand-new, simulated-leather checkbook cover. My only other contribution was a beginning balance of $5.

It was explained to the children that the initial deposit belonged to them, but therefter, each transaction, whether a deposit (put-in) or withdrawal (take-out), must be accomplished according to the rules of the bank. They practiced writing checks for different amounts and developed the skill of writing numbers in longhand. Addition and subtraction were used to complete the stubs, and instructions were given on how to deposit and withdraw money. Each time a child put money in the bankor took some outit was via a deposit or withdrawal slip. If they borrowed cash from other family members, we received a check, and the money was removed from the bank.

All transaction slips were kept inside the pig, and at the end of each month, there was an accounting. For this procedure, an old bank statement was used, by obliterating other transactions with white-out. We made photocopies of this blanked-out statement, and we used these sheets to tally up what the children had done. Following a real bank’s format, we carefully filled out the statement with deposits and withdrawals.

Cancelled checks and deposit slips were balanced and checked with the stubs in their checkbooks. The children rarely balanced, but we always had fun hunting for and solving mistakes.

Because we were a “small and newly opened bank,” we had no interest (which might be excellent for older children). We also had no bank charges. The children thought this more than fair.

In the beginning, we had many “closed accounts” due to “insufficient funds,” and after a few months we included a stiff fine for bouncing checks (one dollar). This dollar went to the salary of the Teller. The entire process was kept simple, and in a short time, the childen learned banking concepts, and their math skills were greatly improved. The children discovered the importance of neatness, since many mistakes were due to illegible numbers.

We kept up the game for many years. The children became “board members,” and they enacted and repealed many by-laws for their bank. Some worked, some were enough to bring in the FBI. Their savings grew as it became an embarrassment to “bounce a check.” When they began to demand interest, I turned them over to Alice, the teller at my real bank.