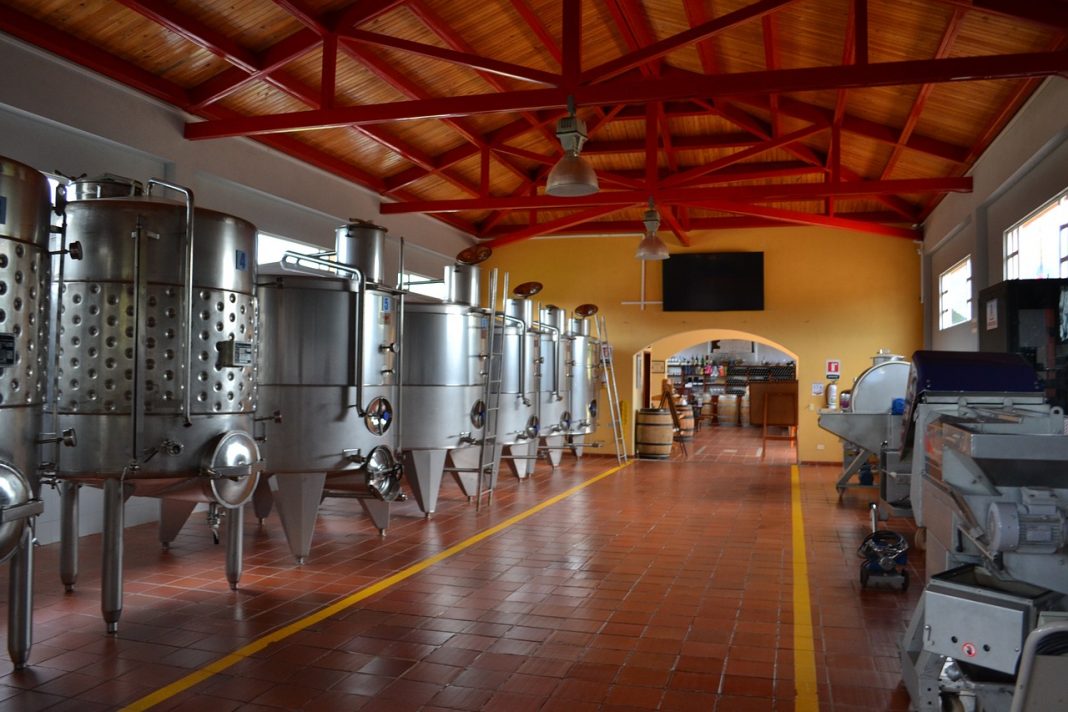 Did early man first cultivate grains just to get drunk?

The brewing of beer is older than civilization and goes back at least 9,000, and perhaps more than 12,000, years. Evidence of this comes from shards of Stone Age jugs that were apparently used for brewing. In fact, some anthropologists and archaeologists believe humans brewed beer long before we baked bread. They even believe it’s possible that beer was the original reason we cultivated grains.

By 5,000 BC the Chinese were making both wine and beer and by 4,000 BC the Egyptians were. By the time of the birth of Christ almost every major culture was making alcoholic beverages of one sort or another, including many in the New World where a brew made from cacao (chocolate) was made at least as early as 1,400 BC, and a corn beer was brewed in what is now the American Southwest centuries before the Spanish arrived. Today there are scientists and breweries, particularly here in the United States, trying to recreate ancient brews to see how modern men will like them.

Even more bizarre, a brewery in northern California, Fossil Fuels Brewing Co., has even created a brew using a strain of yeast found in fossilized resin that is 45 million years old. Cheers!

When alcohol’s involved, 1 plus 1 does not always equal 2

Mixing one cup of pure ethanol (the alcohol we drink) with one cup of pure water does not result in two cups of mixture. The result will be about 1.92 cups, roughly a 4% loss in volume, because the attraction of the water and alcohol at the molecular level makes them pack together tighter.

Following the creation of the United States under the Constitution, the nation was in debt and it almost fell apart over taxes — on booze. In 1791, Alexander Hamilton, the first Secretary of the Treasury (he appears on our $10 bills), proposed, then instituted, a tax on alcohol. It was the first national tax levied on any domestic product. The reaction was swift: a storm of protest and finally a rebellion by western farmers who felt they were being unfairly targeted. Transportation at the time being more difficult than it is today, it was harder to get a grain crop to market. But by reducing the crop to distilled spirits it was more readily transportable and there was less spoilage. Large distilleries, located in the east, initially opposed the tax, but came to favor it because it began driving the small distilleries out of business.

There were gatherings, marches, and armed resistance in the western counties of Pennsylvania and Virginia in which people from both sides were killed and tax collectors were whipped, tarred and feathered, then run out of town. Five Pennsylvania counties and one in Virginia threatened to secede and join either England or Spain. It became known as the Whiskey Rebellion and it lasted from 1791 to 1794.

The insurrection also marked the first and last time a sitting US President sat at the head of the Army, when George Washington personally led troops into western Pennsylvania to quell the resistance and prevent secession.

Booze and the Old West

If those who write cowboy novels and movie scripts want to be authentic, when the cowboys belly-up to the bar, they can’t have them ordering beer or, heaven forbid, wine because there were probably plenty of 19th century cowboys who never saw either. Beer and wine don’t travel well and, given conditions in the Old West, wine wouldn’t have aged well, anyway. However, distilled alcohol didn’t spoil and, as it was concentrated, it was easier to ship. Hence, about all you’d have found in any of the old western saloons was Ol’ Red Eye and not Budweiser.

One of the reasons moonshiners prosper is because of taxes. The current excise tax (really, a sin tax) on distilled spirits is $13.50 per ½-gallon of pure alcohol. Everything above that reflects production costs, wholesale and retail markups, snob appeal, etc. Someone evading that tax (that’s what moonshiners do) can produce his hooch for less than half the price of the excise taxes alone, hence the ongoing success of moonshiners today, even after you factor in inflation.