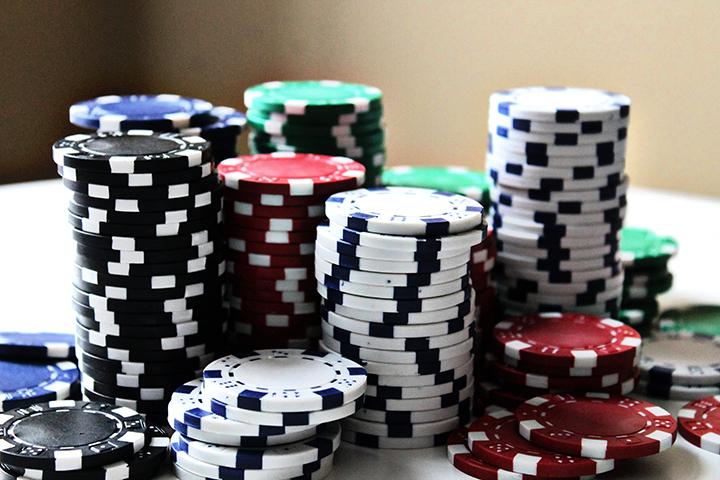 My husband Allan started teaching sixth grade at the Moreno Valley, California, Unified School District in September of 1959, without even slightly knowing how. Fortunately for him, teachers were needed so badly that the district hired just about anybody. They grabbed Allan fresh from military service and shoved him into a classroom without any training in teaching methods. (He had a BA degree.) Although it didn’t seem so at the time, this also proved very fortunate for the many pupils, parents, and teachers he later taught.

Since he’d not been trained in methods of instruction, Allan had to devise his own. This required an examination of his colleagues’ techniques. The more he scrutinized contemporary teaching methods, the more dissatisfied he became. It was obvious that pupils were being taught to need management forever, rather than become self-reliant and self-responsible.

The classroom management methods taught to teachers in college, approved by school administrators, and advocated by teachers’ unions (the controllers of education) made students rely on an authority for almost everything. Pupils were offered little opportunity to think for themselves. Even a drink of water or a trip to the bathroom must be approved first. When the teacher couldn’t force the student to do his will, he had to try to rely on the parent for coercion. This seemed a terrible way to teach in America. (Of course, in Nazi Germany or Communist Russia, the rulers would have been delighted.)

Allan decided authoritarian methods were not for him; he would quit teaching first. But how could self-reliance and self-responsibility be taught? Allan realized that they can’t. It is something one learns by being self-accountable and relying upon participatory laws for self-rule. In other words, the rule of law must prevail, rather than the rule of authority. It was that simple.

To accomplish this required a “scorekeeper” to get kids involved something similar to our adult money. Academic test scores would be ideal. He could call them Scholar Dollars, or Points. The Points could accumulate in Student Bank Accounts, recorded in a notebook with a sheet for each student. His best pupil would be allowed to earn the position of Banker for the month, and the next best could become his Personal Secretary to record grade scores. Each would be paid a monthly wage in Points for the chore. Thus the program would be run by the kids. The students would learn self-responsibility, and Allan’s teaching workload and stress would be reduced.

Making the Points valuable was easy: all he had to do was ask himself what his pupils would buy in exchange for Points. At an auction held once a month, Allan sold the following to the highest bidder:

Now that Allan’s pupils were self-motivated, they needed to become self-disciplined. This required Classroom Laws to take him out of the management business and put the students into self-management and self-punishment. With Allan’s guidance, pupils devised a Constitution (for inalienable rights) and voted proper Laws (with fines for infractions) into existence. These were all set forth in a loose-leaf notebook for all to read at any time.

The only thing remaining for a good self-accountability learning program was a simple system of justice. Since Allan remained the only person in the classroom who was completely neutral, he automatically became the “Judge and Jury” for deciding damage amounts, collecting fines, or hearing evidence of guilt.

To reduce his classroom workload to a minimum, and to offer leadership opportunities to students, Allan devised an earned Tutorship or Student Teacher position for the top pupils in each major subject. This worked fantastically well. Perhaps an example can explain why.

Of the 30 pupils, five of the top students in math, English, social studies, etc., became Student Teachers, and they selected five pupils each from the remaining 25. After Allan taught an important concept, he turned the five groups loose for reinforcement instruction. He paid each Student Teacher a bonus of 10% of what each of their pupils earned at test time. Thus the whole class moved rapidly along together, without any horseplay.

Eventually his class size was raised to 66 pupils in a “pilot project,” supposedly to test the productivity of self-accountability learning. Actually, his administrators believed and hoped this would torpedo the program for good, since they had agreed to his request that the other sixth grade teachers in his district would send him the students that they didn’t want.

The administrators got a rude surprise. With an average IQ of 94, Allan’s pupils doubled their overall achievement averages in six months. Moreover, all his pupils so drastically improved their previous attitudes that most of the teachers wanted their former students to return. Instead, Allan secretly taught teachers at home to implement self-accountability methods in the classroom, much to the teachers’ delight and the dismay of administrators.

The reason for administrative dismay is this: all of the controllers of education know that self-reliant and self-responsible pupils will eventually destroy the educational empire and eliminate the need for much management.

Allan maintains that there is no magic in self-accountability learning. Any teacher can achieve better results teaching 180 self-managed pupils than an instructor can achieve attempting to manage 30 dependent students. The reason for this lies in the Tutorship technique. For instance, suppose a teacher had 180 fifth grade pupils with 30 Student Teachers who had five self-reliant and self-responsible pupils each. The adult teacher could easily teach 30 top pupils who knew they would be expected to impart that information to their peers and then be paid for their efforts on a productivity basis.

Proof of this can be found in the early newspapers of the 1800s. Joseph Lancaster, a Quaker schoolmaster in New York and Pennsylvania, taught 1,000 elementary school pupils all by himself and at the same time. Furthermore, he started over 100 private schools that did the same thing. His accomplishment lay in his ability to get self-responsible pupils to help self-responsible pupils, as any good self-accountability teacher should do.

A program for the home

After the great success of the pilot project, one of Allan’s parents asked him, “Why haven’t you designed a program for the household? It’s just as badly needed at home.” So Allan helped him set up a self-accountability learning program for his home.

John and Mary Jones’s family consisted of four children, ages 12, 10, 8, and 4. Allan asked John to purchase a hand-held calculator, two notebooks with loose sheets in each (one for the Bank Book and one for the Law Book), and some tokens to be used for keeping score, such as foreign money, play money, poker chips, or even credit slips John and Mary designed. Then the parents selected a household Banker whose position would rotate monthly among the capable persons in the home.

Next, Allan suggested that everyone regularly hold a Family Council meeting once a week or once a month. At the meeting, John and Mary were asked to decide how much of a vote each child would exercise, depending upon their capabilities. Tom, age 12, was permitted ¾ of a vote; Steve, age 10, was allowed ½ of a vote; Alice, age 8, was given ¼ of a vote; while little David, age 4, was not considered capable of voting yet. Nevertheless, David could express opinions and desires which would help him earn a portion of a vote in the future. The parents possessed a full vote each, which reserved a majority control of the household to them. The children’s fractional vote could increase at the discretion of the parents, as capabilities were demonstrated.

Allan asked the Family Council to devise a monthly budget. The Council decided on $2,400. This meant that 24,000 Points (real money times 10) would be available for a self-accountability program. Since the family is made up of six people, each person’s “fair share” contribution should be either $400 in cash or 4,000 Points earned around the house doing chores, or any combination of the two.

John and Mary agreed to contribute $400 cash each, so each received 4,000 Points they could use to pay their children for their own personal needs at home, such as shining their shoes, etc. Tom, age 12, said he wanted to contribute $100 cash from his paper route, so he received 1,000 Points for personal use. He was required to work at household tasks for the remaining 3,000 Points. Steve, age 10, thought he could contribute $25 cash and got 250 Points for personal use. He was expected to work for 3,750 Points. Alice and David had to work for their 4,000 Points each. Henceforth, any household work Mom or Dad cared to contribute free would be greatly appreciated by the other working members of the family.

Naturally, Allan said, the parents also had to contribute the other $1,475 in cash, but what they received in return would be truly wonderful.

First of all, the Jones family would be welded together in a family partnership. Kids even as young as David would now know why some things could not be purchased and where the money must go. All things could be discussed and solutions discovered with the whole family behind decisions. This generated a great feeling of strength that “management” households cannot match. Moreover, the family would draw closer together as self-control, self-reliance, and self-responsibility were exercised, and as the family learned to work together and make decisions together.

Allan next advised the Council to make a list of household tasks and then assign Points to be earned for each (without exceeding the total available). The children were then allowed to select enough tasks to fulfill their Point requirement of 4,000 (or less). Thus the kids would learn self-responsibility while the parents’ work and stress were reduced.

After this, the Council was required to devise a Constitution and then make a list of household Laws with infraction fees which were placed in the Family Law Book. A system of justice was implemented. Mom and Dad rotated monthly as “Judge and Jury” to hear lawsuits, try criminals, set penalties, and award damages.

Finally the Council discussed ways that Points could be spent. The following were approved for the month (with many more added later):

Basic necessities, such as ordinary food, water, etc., were not sold. How motivational an item was for the child determined whether it would be sold (unless it was clearly harmful; if it was, the Council denied the item). Thus the Council managed the household, rather than just the parents. This effectively eliminated most parental stress and guilt.

(Anyone needing further assistance or do-it-yourself manuals can write to the author at 21863 Brill Rd., Moreno Valley, CA 92553. Please enclose a SASE for a reply.)