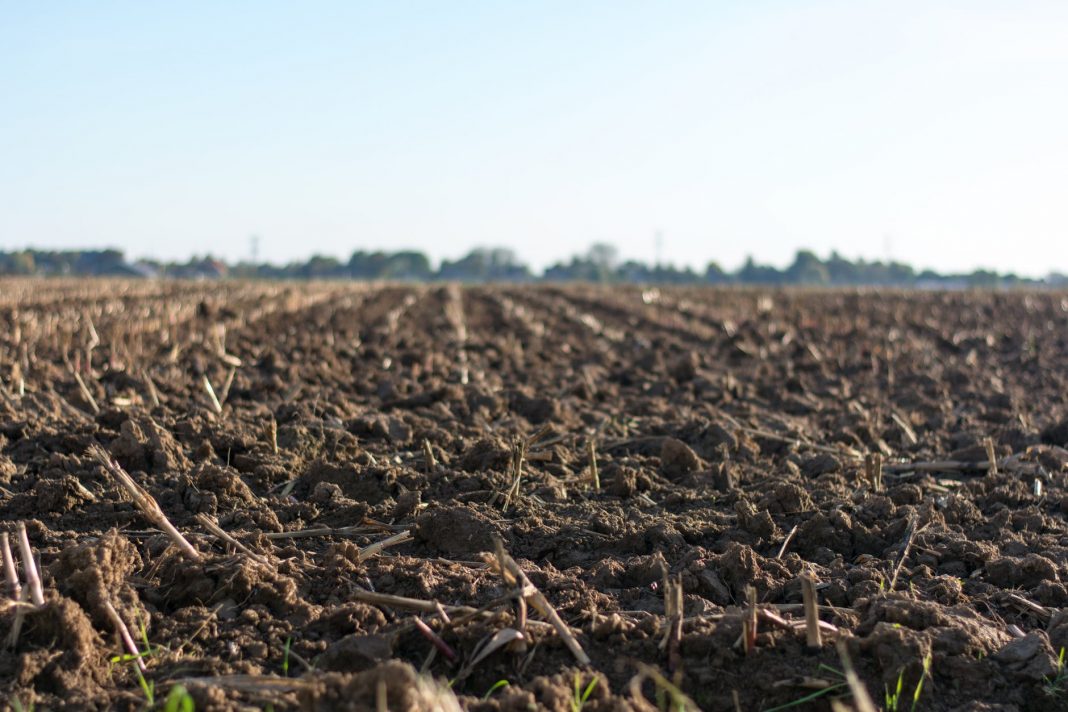 It’s been well over a decade now since I first heard my friend Pete voice his amazement at my practice of spreading animal manure as a fertilizer. It seems that since time immemorial, well dried manure has been very highly regarded as a fuel in his homeland in the south of Thailand, with only the ashes left from burning the manure seeing regular use as a fertilizer.

Now Pete readily admits that he’s never had any experience with farming on the sort of huge scale regularly seen in our country. Still, he assures me that the yield routinely realized in their big market gardens very easily surpasses any that we’re used to seeing here. He’d never even heard of anyone ever needing to add lime to their soil, even though many of the gardens and small farms where he grew up have been in regular use for more than a thousand years.

At the time I was pretty intrigued with the information he’d related to me. Then upon reading a few years later how the British had been having some great results in experimentally fueling a large electric generating plant solely with poultry droppings, I decided it was time to do a little experimenting of my own.

The problems I did run into were my wife’s objections to the entire idea, the first of these being that she flatly refused to allow me to stink up her house by hauling manure indoors. Secondly, “her” garden has to produce enough to keep us well fed all year, plus leave plenty extra that she can give away to friends and family. So anything at all that I might do to reduce the garden’s fertility simply would not be tolerated.

I was still intrigued and wanted to experiment. However, I now had some ground rules imposed by my wife.

I also sort of figured that I’d start out kind of slowly and simple, especially as this whole idea might never fly anyway. So, one summer I started carting up sun dried “horse apples” and storing them inside of a dry outbuilding. Then, come early fall, I installed a small old sheet metal stove inside of my workshop and started trying out this well dried manure as a heating fuel.

I learned a couple of things pretty quickly, the first being that while this dried manure was somewhat harder to get lit well than regular firewood, once it was finally burning good, the “chunks” of manure, which I had let dry out just as they had come from the horse, were small enough to burn up far too quickly for my tastes. As it really did seem like every time I turned around, I was needing to add yet another bucketful of fuel to the small stove. Still, I found that this rather unusual fuel actually did keep my shop comfortably warm.

At the same time I was just a little surprised to find that burning manure in this manner didn’t stink like you’d have expected. In fact, it didn’t add any odor at all to the interior of my workshop. While out of doors, rather than any sort of manure odor, or even any normal smoke odor, what you noticed was a faint smell much like that of burnt modern smokeless gun powder. Much like you’d note standing on a firing range in use.

Well, so far so good. I’d found that dried manure actually was a useful and useable heating fuel, and it didn’t stink up the place one bit. I was already even forming up some ideas to make this fuel burn longer, but I’d work on those the next summer. In the meantime, I was still plenty interested in the fertilizer value of the resultant manure ash. So every morning for the rest of that first winter I’d empty the ashes from the stove, storing them inside 55-gallon steel oil drums. Then, whether I planned on using the workshop that day or not, I’d build up a nice fire and keep it burning all day long, just to use up more of the stored manure and produce more ashes.

Come that spring I tilled up a 30 by 30-foot area for a trial garden, sectioning it off into three individual 10 by 30-foot plots.

In one section I tilled in a large quantity of manure, waited a week, then added lime in my usual fashion.

On the second plot, I applied a commercial fertilizer, following the label directions exactly. Then I added lime to this section as well.

As Pete had assured me that it simply wasn’t possible to add too much manure ash to any crop, I spread the contents of an entire 55-gallon drum and half of another one onto the final third before tilling it in.

I then planted exactly the same quantities and varieties of sweet corn, cucumbers, tomatoes, peas, lettuce, cabbage, green beans, and melons in each plot. I figured this to be a wide enough variety for me to obtain a true picture of the results. What surprised me was that by the time that first growing season ended, all three plots had yielded very nearly identical results.

That summer I fashioned myself some molds from lumber scraps in the manner shown in the drawing. After allowing the varnish I applied to the inside of the molds to dry, I used automotive paste wax on the inside as well. As I’d decided to fool around some and come up with a reliable method of making this new fuel burn longer.

My first attempt in this direction was to try mixing sawdust with fresh manure. To make this all stick together I wound up having to add enough water to turn the manure into a thick (and smelly) slurry, then added enough sawdust to thicken it up to the consistency of a thick putty. Once completely dried these results burned just the way I desired, provided they didn’t crumble up in handlingand that was a problem. So, there was the smell I had to endure while mixing and molding the stuff (it was pretty horrible) and, at the same time, the results of my efforts too often sort of fell to pieces before I could get it into the stove. I wasn’t real satisfied.

So, next I tried using a shovel to fill the molds I had made, pressing fresh manure well into each mold with a rubber-booted foot. I then stacked them in a sort of crisscross, log cabin fashion, until they dried. The 3-by-5-by-10-inch manure bricks thus fashioned proved to be no more difficult to ignite than the sun dried horse apples I’d tried using the winter before. Plus once lit they gave me a burn time more than twice as long as similar sized hunks of seasoned oak. Therefore, by winter I’d loaded up that same outbuilding with well-dried, odorless, packed manure “bricks.”

Once fall arrived and the garden plots had finished producing, I worked equal quantities of fallen leaves and sawdust, along with the remaining crop residues, into each of these plots. Then when spring finally worked its way back around, I used exactly the same fertilizing techniques, on the same sections as I had the previous year. Though I did shift the positions of the vegetables around some in these plots, I planted exactly the same varieties as I had previously.

Recalling the results experienced the preceding growing season, I really expected to see pretty much the same thing. So I was just a little surprised at what I did find. It appeared that possibly this manure ash might have some sort of a cumulative result, or maybe there’d been enough of it left in the soil to help break down the organic matter I’d tilled under that fall.

Whatever the reason might have been, the yields of peas, green beans, lettuce, and cabbage from all three plots, along with the sweet corn, squash, melons, cukes, and tomatoes on the first two plots, ended up being almost exactly equal to the previous year’s yields. But on the section where I’d applied only manure ash as a fertilizer for two years running, I found the yields for melons, cucumbers, and squash to be more than 15 percent greater than the other results. While for the heavy feeders (corn and tomatoes) there was an increase of right about 20 percent.

Still, that wasn’t such a spectacular increase, and it could have been due to any of several causes. It was even entirely possible that I’d taken a little better care of that particular plot, hoping to see such results. So, I sort of wrote this off as a fluke.

Yet, repeating exactly the same processes, in exactly the same places, with exactly the same varieties the next year, I realized even a tad more of an increase. Along with the next year, and the next, and the one after that. For last year’s growing season the first two plots still yielded almost precisely as they had that first summer. While from that portion fertilized solely with manure ash we found our yields of sweet corn more than 40 percent higher than on the others; tomatoes almost 50 percent greater; squash and melons reached just more than 30 percent larger yields; cukes yielded an astonishing 50 percent more; lettuce, peas, green beans, and cabbage had between 15 and 20 percent greater yields on the section repeatedly fertilized with manure ashes.

So now, let’s take a look at what I’ve found thus far: Packed and dried, animal manure actually does provide a perfectly suitable and odorless heating fuel, with a somewhat greater heating value than seasoned hardwood. And the yields I’ve achieved using the resultant manure ash as a garden fertilizer have repeatedly been greater than those grown on identical soil using either manure or commercial fertilizer.

Over the past few years, folks dwelling in the small towns in this and other areas have been finding unacceptable, and unsafe, levels of nitrates in their drinking water supplies. Rightly or wrongly, these folks and their elected officials are placing the blame for this squarely upon the shoulders of farmers utilizing the age-old practice of spreading manure on their fields, as well as on “run off from beef, hog, poultry, and dairy operations.

Even my wife’s been hearing plenty of complaining about this from town folks eager to place the blame for water quality problems that they’re either unable or unwilling to fix, on the backs of the folks who ensure their food supply. In fact (probably due to all she’s been hearing) this past winter I came indoors to find my rubber gloved wife gingerly feeding manure “bricks” into our living room fireplace.

So, given all of these facts, including its proven value as a free heating fuel, along with the fertilizer value of the ashes, plus with the possibility of its reducing water quality problems, doesn’t it only make sense to at least give this ancient far-eastern fuel/fertilizer a try around your own backwoods home?