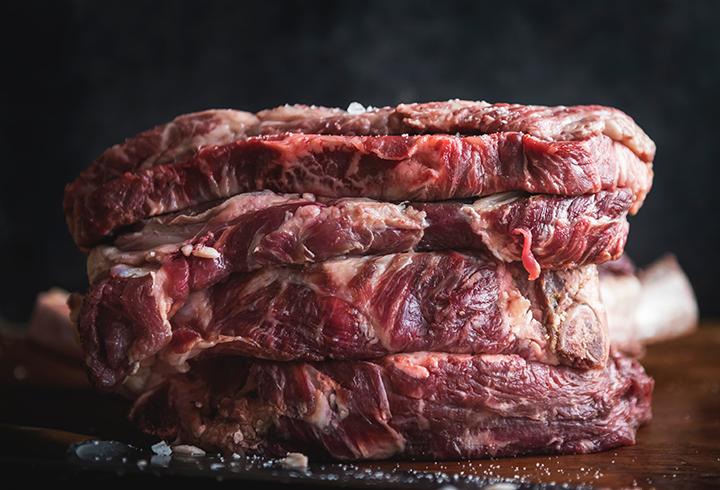 It is hard to find someone who doesn’t like beef jerky. Or teriyaki jerky. Or turkey jerky. And I’ve had some Hawaiian pork jerky that was out of this world. I’ve also had some fish jerky that was, well…awful. Biltong is what African folks call their version of jerky, and it is a bit different and not easily done in this area.

According to some historical texts, jerky originated with the American Indian who sliced bison, deer, or elk meat into thin strips and dried it over a smoky fire. Others say it originated in early Peru when hunters would dry their game animals. Most historians believe the word jerky came from a still used term: charqui. In fact the word charqui (pronounced shar’key) in Spanish means to cut or stretch thin strips of meat.

And, that is exactly how you make your own jerky…thin strips of meat. Many types of meat can be made into jerky; the choice is up to you. I do have to say that some of the poultry meats are a bit more difficult to do than beef or pork. You can also do a ground-meat version of jerky that is quite easy but touchier as far as spoilage.

Here are some ideas for you.

Take a lean piece of meat such as london broil, eye of round, or even flank steak. Trim as much fat off as you can since fat can become rancid. Then, slice it as thin as you can. If you have access to a meat slicer, use it; they work great. Some say you can go as thick as ¼ inch, but I find that slices that thick do not dry as evenly or nearly as fast. They also do not absorb marinade as well as the thinner slices. To aid in your slicing, partially freeze the meat for an hour or two to the ice crystal stage so you can get thinner slices.

There are literally thousands of marinade recipes, but I like a marinade of soy sauce, brown sugar, garlic, onion powder, red wine, and just a tiny bit of pepper.

This is, of course, a version of teriyaki marinade. Some folks just dust their meat strips with salt and pepper and dry it. Others use meat cure mixtures, but they have nitrates, so I avoid them. The Hawaiian pork jerky has pineapple in it that is a natural tenderizer plus has great flavor, so that is a possibility, too. If you don’t use soy sauce, you will want to add some salt, maybe up to a tablespoon or so (soy sauce is very salty). In fact, the early pioneers and sailors packed all their meat in salt for preservation. Some folks add liquid smoke if they are not going to smoke their jerky. Be creative and put together ingredients you like. If you like spicier jerky, add more pepper or use hot sauce, chili powder, hot peppers, etc. I know of one gentleman who makes and swears by jerky in the 350,000 Scoville range (Scoville referring to pharmacist Wilbur Scoville, who invented a test in 1912 to measure the heat levels of peppers). That’s more than enough to make your eyes water (other parts too!).

Whatever marinade, if any, you use, let the strips of meat soak at least 4-6 hours. Stir a couple times to make sure all the meat surfaces are exposed to the marinade. I’ve gone as far as two days soaking, in the refrigerator of course, and had good results. In some ways, the longer the stronger flavor, that is.

For safe dehydrating, the USDA recommends cooking your marinated strips either in boiling water or in a 160° F oven until the strips reach an internal temperature of 160° and then drying. It guarantees that all the “bugs,” including e-coli, will be killed. The resulting flavor is a bit different, but still not too bad.

Some people say drain your marinated meat strips on racks or paper towels for an hour or so. This may come from some preserving techniques, particularly for fish, that are drained long enough to form a pellicule (skin) on the outside. I tend to just start drying right out of the marinade. What I sometimes do then is smoke my marinated strips in a Little Chief smoker (they also make a Big Chief and Mini Chief.) I like to use either hickory (stronger smoke) or cherry or apple wood chips (milder smoke.) By all means experiment. Alder is mild but very tasty, while mesquite is pretty powerful. Whatever you do, never smoke with resinous woods like pine as they can impart their toxic resins onto your food.

As with drying any food, place your pieces carefully, not overlapping or touching. Stainless wire mesh trays are the best although plastic is okay, and be sure not to use metal screen material because some are zinc coated, which is toxic. And, the more uniform your pieces or slices are, the more evenly they will dry. The whole idea behind drying or dehydrating foods is to dry them as quickly as possible without cooking them. If you dry at too high a temperature, your food can experience “case hardening.” Case hardening is where the outside of the food gets so dry that the interior moisture cannot escape, which, of course, can lead to spoilage. If dried at too low a temperature, your meat can spoil. As the USDA notes, meats kept between 40° and 140° are ideal for bacteria growth.

A word about wood chips here. When I first started smoking foods, I figured if one pan of chips were good, then three to four pans would be much better. Wrong! If you use too much smoke, your food will taste quite bitter. I ruined more than one batch of beef and salmon discovering this fact. Keep your wood chips on the light side, and you’ll be happier.

I leave the meat in the smoker for 10-14 hours to finish, and longer on cold, winter days. When is the meat finished? Most texts say to dry until your meat is quite dark and bends without breaking. Me, I’m a chicken, so I dry my meat strips until they break when I bend them. A bit chewier but still quite good. And they store a lot longer.

Nowadays, I mostly use my dehydrator. Sometimes I don’t even smoke the meat. I just carefully place the strips on the trays (not touching or overlapping) and dry away at 145°. This seems to be much quicker as I can do about 3 pounds of jerky in 4-8 hours as opposed to the 10-14 hours in the smoker.

Now, a word about dehydrators: There are many models out there. Some are circular and some are rectangular. The best have lots of air movement (quicker drying) and adjustable thermostats (look for 100-155°). The best are also easily cleaned, quiet, and don’t draw much power. While there are great commercial models out there, most home models work quite fine. Stay away from non-forced-air units as they take forever and you must switch trays every hour or so. Get a unit designed to dry evenly without switching trays.

You can, of course, use your oven if the temperature gets low enough (many ovens can’t go below 200°). I have used a toaster/convection oven with good results.

Once your jerky is done, most texts say to refrigerate it. And, unless you are using some sort of cure with nitrates or lots and lots of salt, refrigeration is a must. It will keep for quite a long time refrigerated and even longer in the freezer (if freezing, vacuum sealing is in order to prevent freezer burn).

Of course, around my house, jerky is eaten about as fast as it is made, so storage isn’t usually an issue.

Another thing about jerky is that it is a primary ingredient in pemmican. What is pemmican? Some historians say it is the only reason the North American continent was ever colonized or at least as quickly as it was (it was a mainstay food on the Lewis & Clarks epic journey). That is, however, another story.