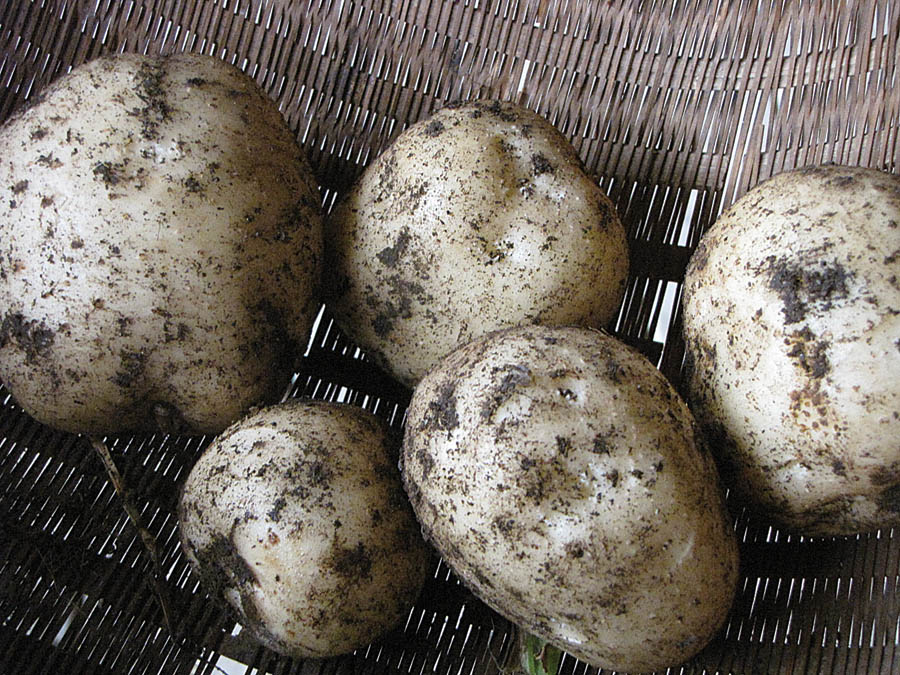 As the saying goes “Life happens…” Maybe events have kept you from getting your garden planted early in the spring. When we moved to New Mexico, it was in late June and the homestead we’d bought had not had a garden planted in decades. But I still needed a garden so I could can up plenty of food for winter.

Or maybe you planted a great garden, but a huge hail storm came and it was wiped out the first week in July. Or the cows got in and ate your garden all up. Maybe you have a modest-sized garden and need to grow more food than it will allow. 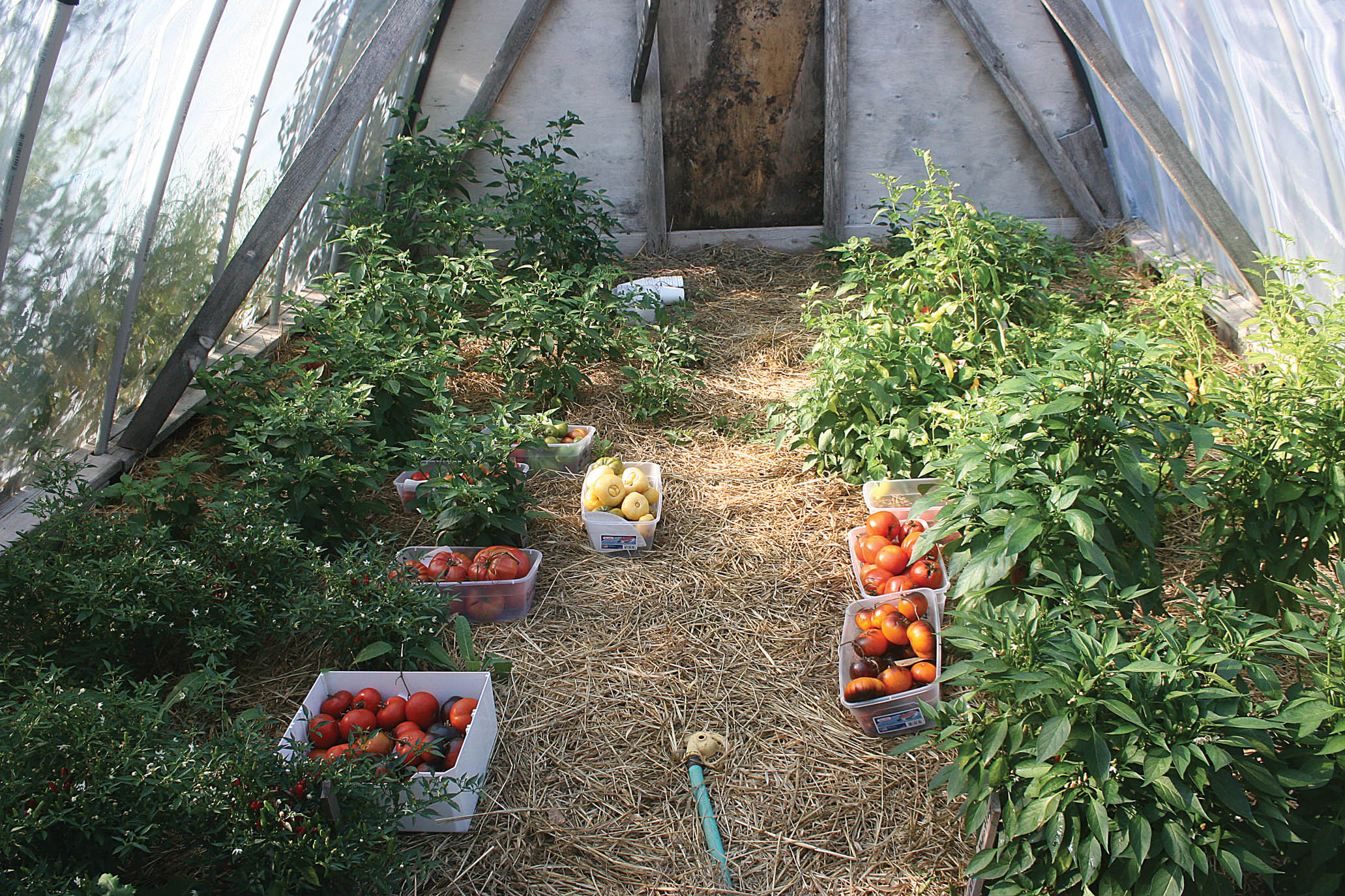 Although it has frozen outside, our hoop houses let us harvest longer season crops in warmth.

There’s a cure for all of these problems. Just don’t give up!

Most folks seem to think they simply must get their garden planted by a certain date, whether that’s Mother’s Day, Memorial Day, or the first of June. But that’s not carved in stone! Here are a couple of examples.

Most packs of carrot seed and many seed catalogs say “plant as soon as the soil can be worked in the spring.” So people rush out and plant carrot seed in cold soil just because baby carrots can take cold and frost. I did that for years, but then I got smarter. One year I was delayed in planting due to family emergencies. It was the end of June and I still hadn’t planted my carrots! We sure depend on carrots to eat fresh and enjoy canned up to add to many meals during the winter.

I tilled the spot where I wanted the carrots and carefully planted three rows. The soil was toasty warm and it had just rained. I’ll swear those carrots sprouted in four days, coming up lusty and strong. They weren’t the fragile, thin little carrot sprouts I was familiar with. In a week they had two sets of ferny true leaves and they just took off. I was so impressed I don’t ever plant early carrots anymore. Instead, I plant in late June and also plant a row in August for fresh eating in late fall.

Then there was the time we planted our potatoes in early June. It was a rainy, cool spring and those potatoes mostly sprouted and just sat there. One day in early July I was at our local feed mill and the owner gave me a couple big burlap sacks of seed potatoes to “feed to the pigs.” Sure they’d sprouted some and were a bit shriveled. But they were nice, big, fat potatoes and I couldn’t resist planting them. So on the Fourth of July, husband Will, son David, and I planted those potatoes. I figured maybe I’d get a few little “new” potatoes to can up.

Like my carrots, those potatoes just shot up and made lusty vines. We dutifully hilled them twice and wondered if there were actually any potatoes under those vines when they flowered. (I was too chicken to look.)

Come fall, we dug our first planted potatoes and harvested two bushels of nicely sized ones from all five rows. Then we moved to the batch from the feed mill. I stuck the potato fork in next to the first hill and gave a heave. Out rolled six or seven potatoes larger than my fist. David got down and uncovered a few more in the same hill, all nice, big, fat potatoes! Hooray! All, in all, we dug over 500 pounds of beautiful potatoes from scruffy seed potatoes planted on the Fourth of July.

So if circumstances dictate, you don’t have to be down-hearted because you couldn’t plant until late June or early July (depending on your climate, of course!). Just plant and take care of those potatoes, weeding, watering, and hilling them as needed. They may just surprise you like mine did! 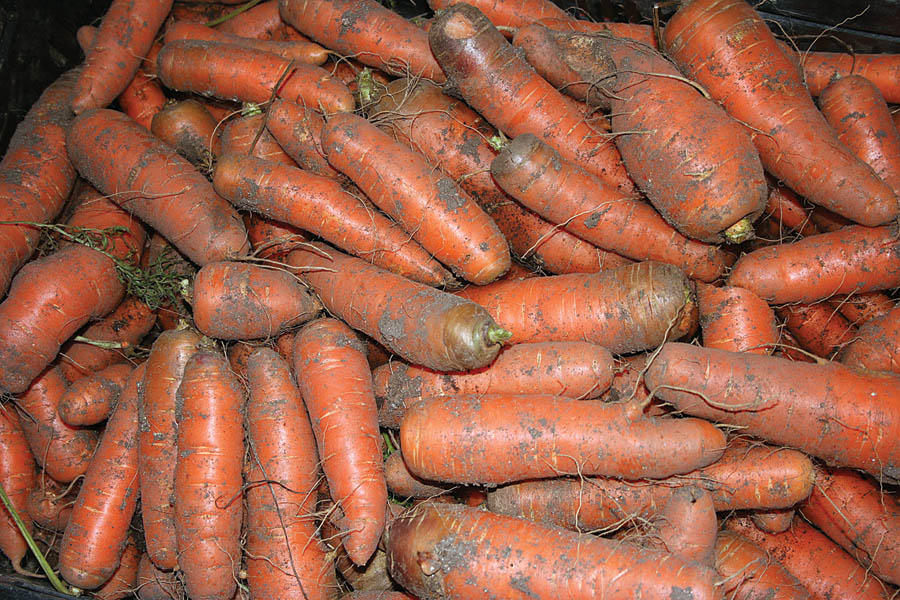 These carrots were not planted as soon as the soil can be worked up, as is the usual suggestion. They were planted June 27th. 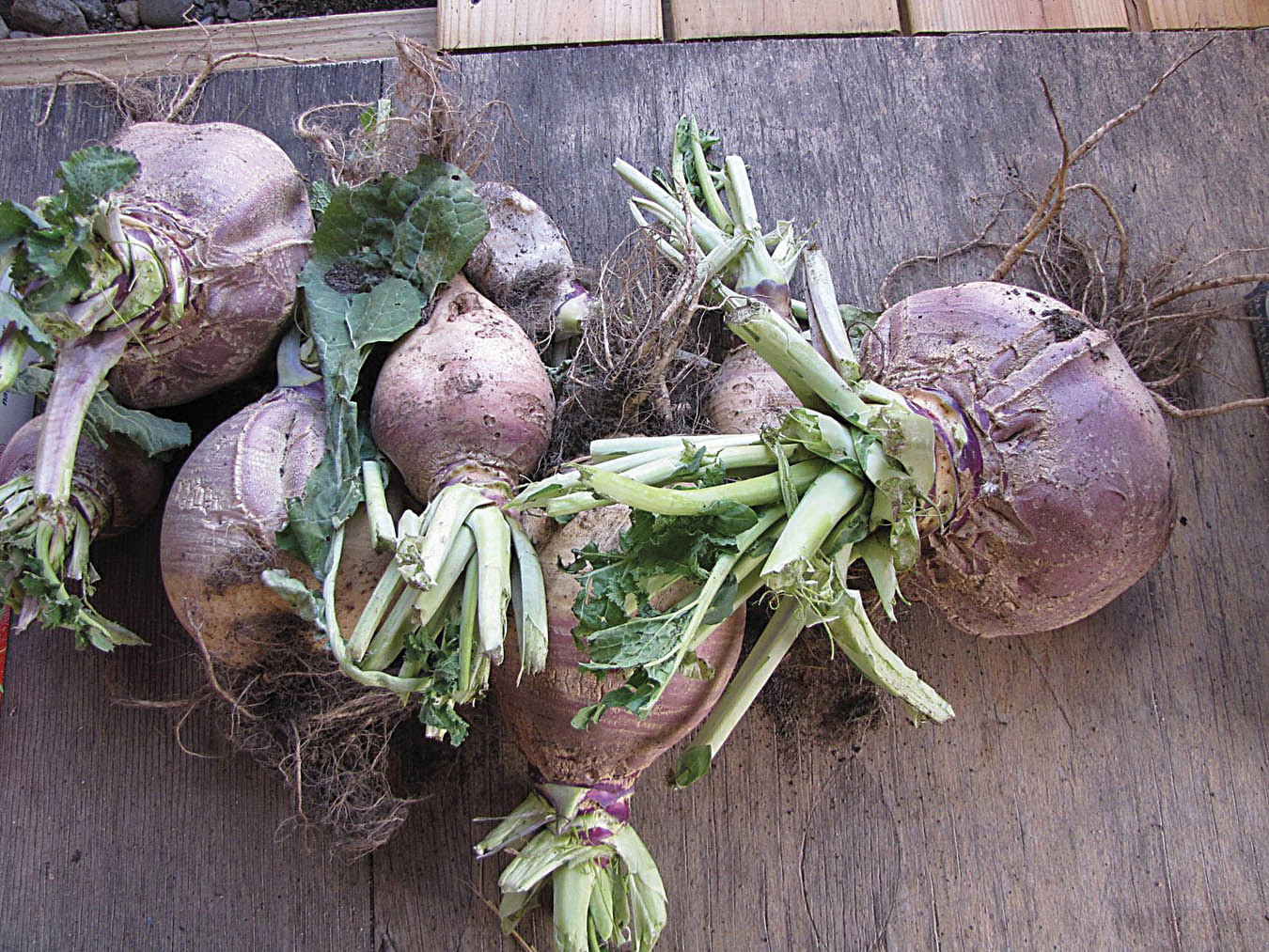 Rutabagas and turnips can be planted as late as July for a fall harvest.

It may seem strange to talk about planting tomatoes late in the season but if it’s your only option for one reason or another, you can get away with it if you are careful to choose very early, yet productive and tasty tomato varieties. Many will bear a crop within 55 or 65 days with good care.

So even if you can’t get your garden in early, get some tomato plants started two months before you figure you can plant so you’ll be ready to get at it as soon as possible. Some early varieties that have performed very well for us include Moravsky Div, Early Rouge, Roza, Tanana, Oregon Spring, and Sophie’s Choice. All will produce nice tomatoes within 60 days with good care.

Sometimes late planting will help you escape Early Blight as well as giving you a nice fall crop to enjoy fresh and preserve in a myriad of ways. 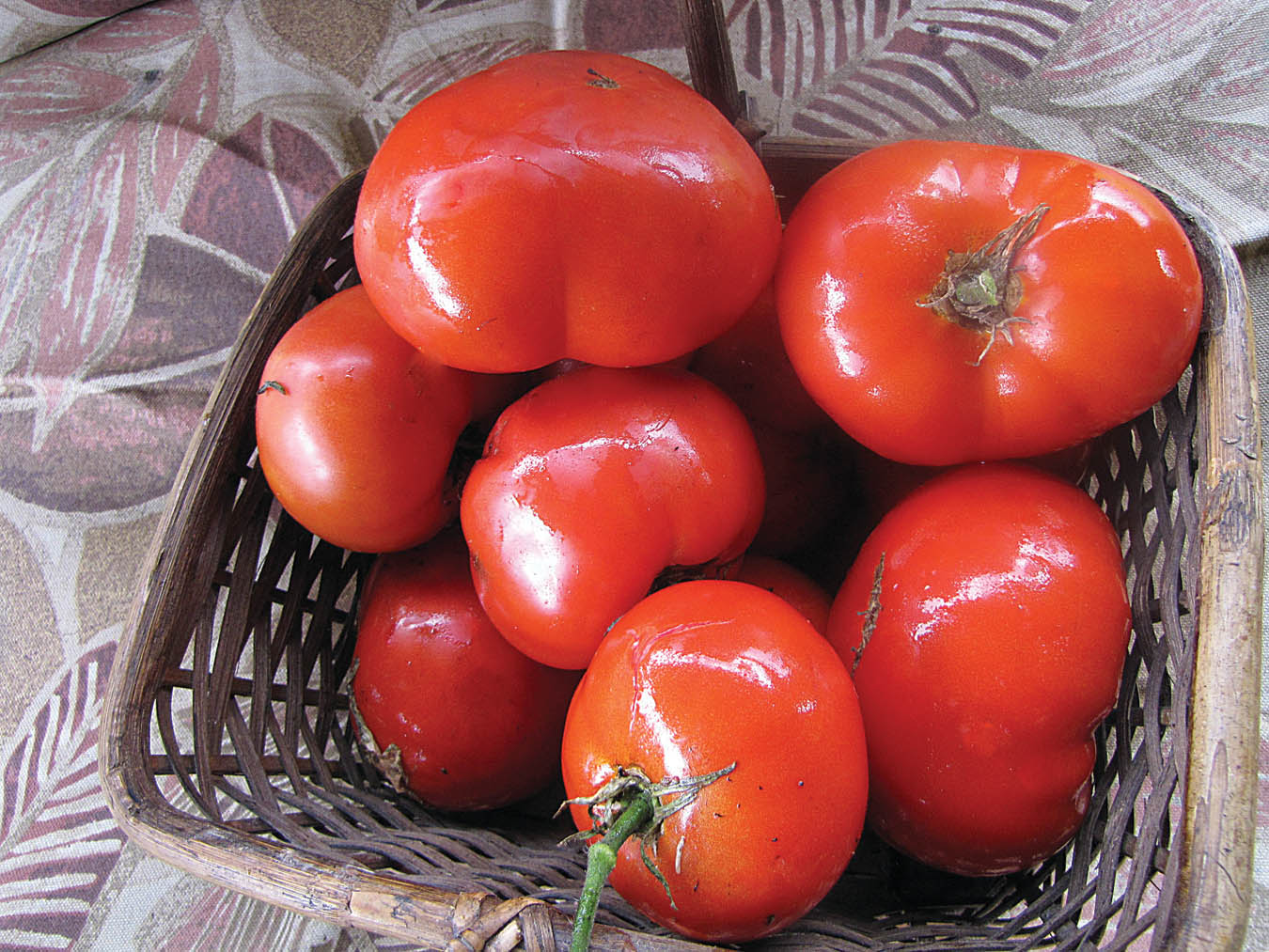 Early tomatoes like these Moravsky Divs only take about 55 days to mature from a transplant, so if you can’t start plants early, start them later and harvest plump tomatoes anyway.

Those green tomatoes are a “crop” as well. Yes, the larger ones can be picked ahead of a killing frost and brought into the house to ripen. You don’t have to wrap them in newspaper and don’t set them in a sunny window. If you wrap them, you can’t tell if they’re trying to rot and in a sunny window they often will rot instead of ripening.

But you’ll still have plenty of other green tomatoes that are just too immature to ripen. These are not a waste! Out of green tomatoes, you can make several varieties of pickles and relishes that are very tasty. My favorite use is cutting them up and using them to bake “apple” pie and crisps. Don’t peel them. Just cut them up and use just as if they were apples. I’ll swear you won’t be able to tell the difference. So even if your new homestead doesn’t have apple trees in production, this is a great way to still enjoy apple baked goods.

Just because you plant a certain crop in one spot, it doesn’t have to stay there all growing season. Many times we have an early season crop such as radishes, peas, or lettuce that we use during the early spring. But then the peas are gone, the radishes and lettuce are getting strong tasting or bitter. Yank them up and plant something else that will benefit you.

For instance, many snap beans will produce their crop in 55 days or a little more. And they’ll do that right up until frost. Likewise, there are many other heat-loving crops you can plant when the cool season crops have finished. There are early sweet corn varieties, rutabagas, kale, Swiss chard, cucumbers, summer squash, and others who will gladly gift your family with lots of good eating if you’ll just take the time to plant them. I often start broccoli and cauliflower in late June or early July so I’ll have a fall crop to enjoy and preserve. We love dehydrated broccoli and use cauliflower in our end-of-the-garden pickles.

Many herbs make a good, quick, succession crop. My favorites are basil and oregano. We not only use these fresh out of the garden but I snip off the stems and dehydrate the leaves for use over winter.

I don’t like to leave a bare spot in the garden during the growing season, trying to keep something always in production or just planted for later production.

There are many vegetables that will keep coming again and again after you carefully harvest them. Among these are spinach, Swiss chard, kale, late-planted lettuce during cool fall months, and broccoli which produces abundant, tasty side shoots.

Cut off the whole plant or harvest the largest leaves first. Don’t pull the plants, but cut them off just above ground level and they’ll come back (for broccoli, just cut off the side shoots). 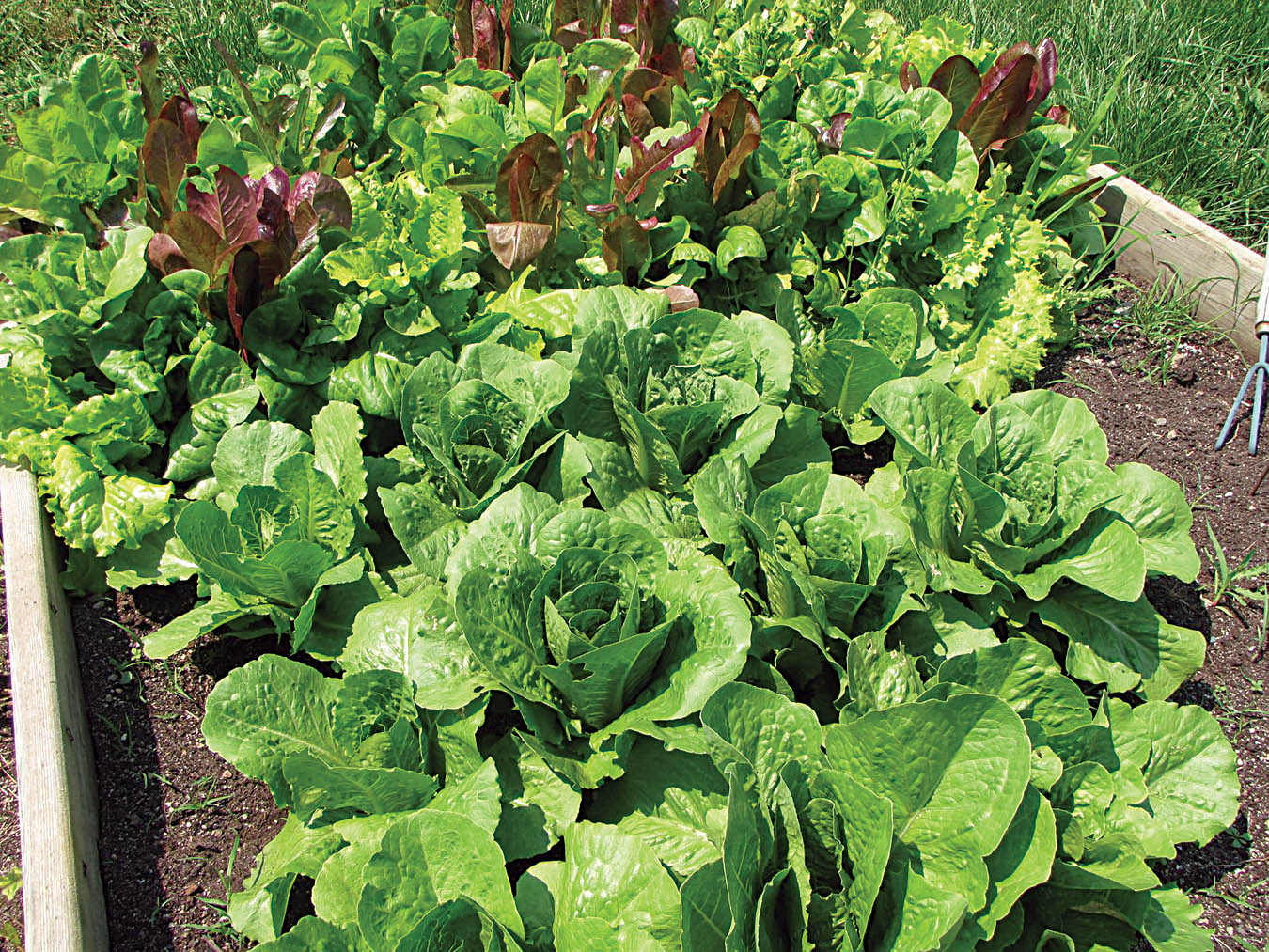 After an early crop is harvested, such as this lettuce,another crop can be planted in its place. 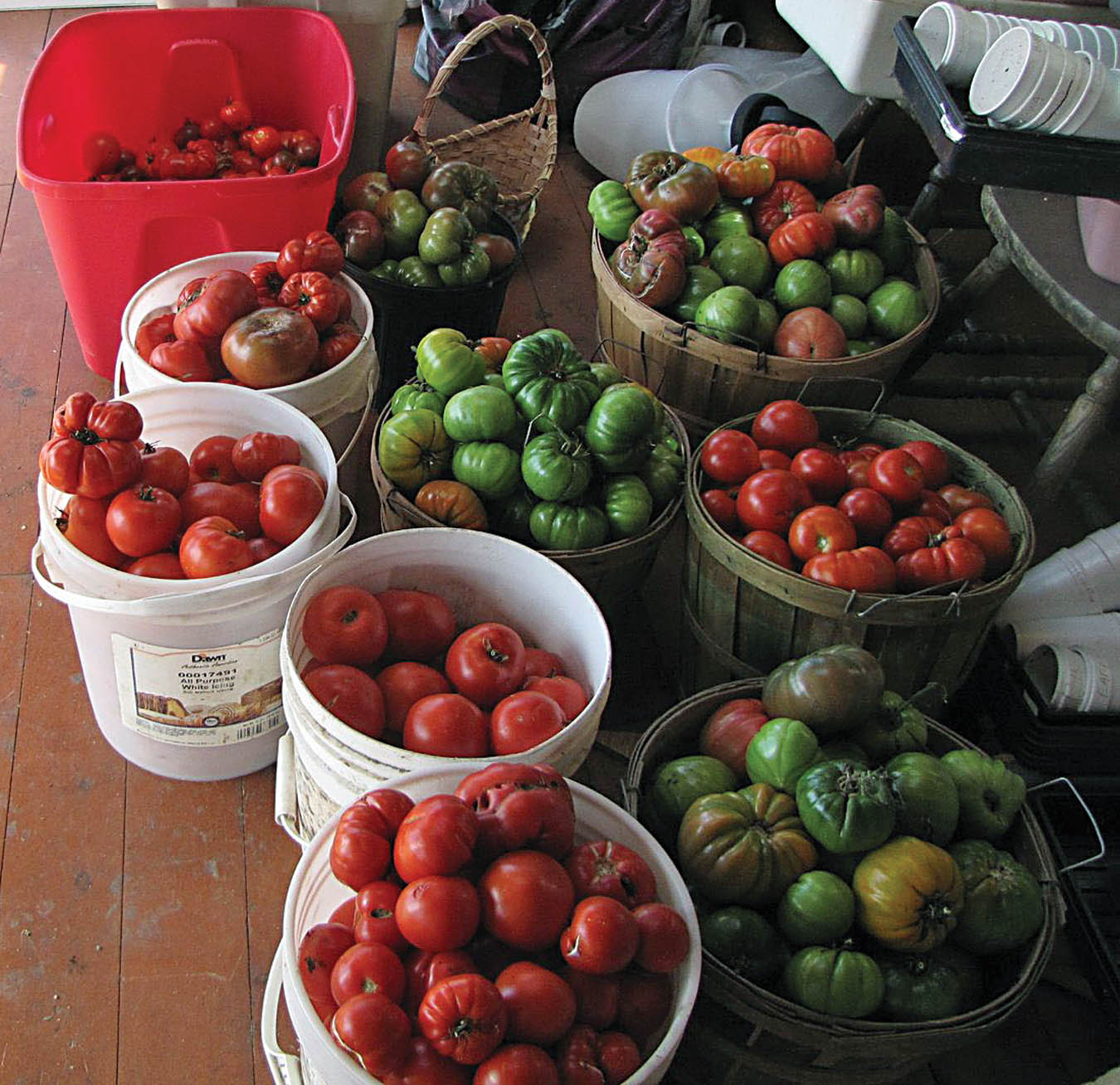 When a killing frost is expected, we harvest all of our tomatoes, even the green ones. Green tomatoes can ripen in the house or can be used for pickles and relishes or mock apple pie.

Some crops actually do wonderfully when planted way later than you’d imagine. Among these are root crops for winter storage. As I’ve said, we’ve had great luck planting carrots mid-summer. But we also plant a nice batch of kohlrabi and two or three varieties of turnips for fall storage. There’s an old saying “plant your turnips by the 27th of July, wet or dry…” And there’s a lot in that saying. Spring planted turnips often turn woody and strong tasting and become prey to wire worms and other underground pests. But summer planted turnips nearly always thrive and go on to produce nice, sweet, juicy turnips which store nicely in a cool cellar nearly all winter.

We love to eat turnips peeled and raw, sliced in vinegar and sugar as a side salad of sorts, as well as boiled, roasted, mashed, and fried. There’s a good reason turnips were always popular with early-day homesteaders.

So, come fall, our cool basement pantry bins are stuffed with potatoes, carrots, and plenty of turnips. And, remember, both carrots and turnips will take some frost and even freezing in the ground. It only improves their flavor and sweetens them naturally.

Use a hoop house to extend your fall growing season

We’ve found by using a simple, home-made hoop house, we can greatly extend our fall growing season. We usually get a killing frost in the middle of September, then get about three weeks of Indian summer. So the crops we want to last longer go in the hoop houses where not only the plastic covering holds in the sun’s heat to help late crops thrive despite the cooler outside temperatures, but when there’s a frost warning, we can quickly shut the end doors and light a propane heater. When it drops to the 20s outside, it remains a balmy 60 degrees inside!

Our hoop houses are inexpensively made, using treated 2×6 lumber for the base, EMT conduit for the hoops and greenhouse covering that we buy at Growers Supply (www.growerssupply.com). We used to buy regular plastic 6 mil sheeting at the local farm store but soon found it ripped apart during a single summer. Our greenhouse fabric has been on year-around for five years now and the only rips are from where a deer ran into the side and stuck his head through. We taped that hole and it’s fine. The cost of one house is less than $100 and we feel it is well worth the price, considering how much more food we can grow in it.

We’ve grown everything from peppers to pole beans in our hoop houses with great success.

Consider giving mid-season planting a chance. The results may well surprise you and fill your pantry!