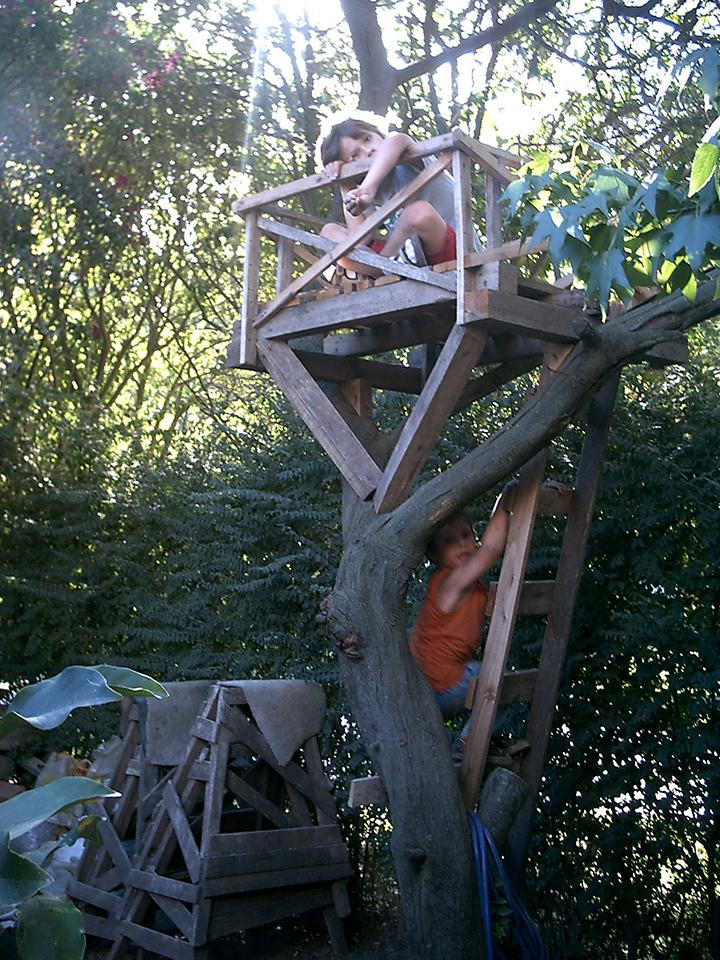 Both of these environments have their good and bad points, but for our family we have chosen to take the good of the country, with the little bit of negative, and give up the city with the bushels of bad things we found.

Recently we had the opportunity to live out this mouse thing for real and it was a genuine eye opener.

The city boy’s mom planned a trip to Hawaii to relax and have a break from the long hours on the job and the hassles of her everyday life. I helped with the child care end of her venture, and the adolescent brother and sister were with us for two weeks. 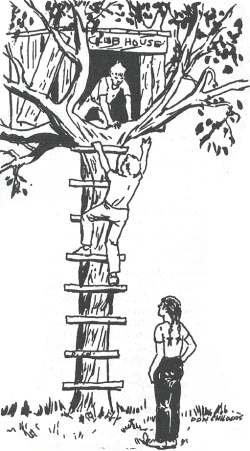 My son is 14 years old and has been a “backwoods” boy since he was six. I have never heard Ben say, “I’m bored.” He is a home schooled kid and is always busy. He builds tree houses, works on his ATVs, makes trails for riding, builds all sorts of things out of wood, and has spent hours making everyone in the family signs for their doors after his dad taught him how to use a router. (Now honestly some of his projects are not up to code and would never sell at a craft fair, but the effort that goes into them make them special to us.) One winter he made a sled out of wood pieces that had to end up weighing 300 pounds. That thing had to be pulled by the Suburban.

Ben helps with the chores, taking care of the animals and the gardening. He got a small electric chain saw for Christmas, and he has been trimming trees for me. He helps his dad a lot with all the various projects he always has going on.

We don’t have close neighbors, and every year we talk to the school bus driver to find out who the new kids are around us and if the old ones are still around if we haven’t seen them in a while. We take our meager list and the map she always draws for us and go scouting for “friends.” Some are crossed off the list for various reasons, but most make the cut and we arrange with the parents to have their children visit to get to know each other. Some very strong boy-type relationships have started this way. We also have a few of the female gender that like to build, dig, and ride ATVs. We’ve had a neat Lego club for a long time. Around here the children (and the parents) have to make a special effort to see each other, and the time spent together is enjoyed. They play real hard and usually get very dirty. They hate to end the visits, but knowing another will be planned soon makes it all worthwhile. If they just had to walk out the door and there was a whole bunch of kids all the time, after a while they’d get boring, just like toys after you’ve played with them a while.

Our little town has one elementary school, a small library, one gas station, and a restaurant. As you can see, we are definitely out of bicycle range of the mall. The nearest one is a half hour away. We go to the little library once a week. Ben was active in karate for several years, but now hockey is the sport of choice, so I drive him the five minutes to the school twice a week.

Our home school support group meets at least once a month, and we go on field trips together. Crafts projects for the group are fun, and the older kids enjoy helping the younger ones.

Spring has finally come to our woods, and Ben has decided to open a business. He has made flyers advertising “Benjamin’s Odd Job Service” and is going around to everyone in the area handing them out and explaining what he is willing to do (all of this under close supervision by mom and dad). I imagine my helper will be pretty busy this summer.

The above description of the country boy is by no means complete, but will give a general idea of how he spends his time.

The city children showed up and within 15 minutes had said three times, “I’m bored.” We tried to entice them to help plant peas. “In dirt? No way!” How about building on the tree house? “Ugh!” Ben asked them to go for a hike in the woods. “Nothing doing!”

Normally I let children find their own way through the difficult task of self-entertainment, but in this case I was overwhelmed by Ben’s dilemma, so I asked, what did they want to do? Watch videos and play Ninten-do, was the answer. My standard reply to any child that says that is, “If the sun is shining you’re outside.”

We spent the next few days trying to find a happy medium between two very different cultures. Finally the boys spent some happy hours riding the ATVs, and I taught the sister how to sew, and she made a teddy bear. She was on the porch, so that is technically outside.

The sister likes to “pick eggs” and feed the ducks. The young man eventually decided he might try helping on the tree house. It was totally hilarious listening to Ben giving lessons. At this I felt like we were, if not in a winning situation, at least compromising. They were outside getting fresh air and tans (yes, I know about skin cancer), and not one minute had been spent on videos.

Food comes under my jurisdiction, and we very seldom have anything that comes ready to eat and wrapped in cellophane. Well, when the city kids were offered oatmeal cookies fresh out of the oven, the frowns were a real downer, but after the first one was consumed I had to ration the rest. Home-made lasagna was critiqued and must have passed the test. It disappeared fast. I think the only things I cooked that they recognized immediately were hamburgers and chili. Most everything was compared to a certain “brand.” I explained a zillion times that we don’t buy by brand name, we buy bulk. Gosh, now explain that.

Making butter turned out to be the highlight of an afternoon, and I gave them all a treat of blackberries with real cream. “Ugh” again until the first taste. When we went to pick up the milk from the lady up the road, these kids were amazed we get our milk from a cow and not from the store. Now I know they know where milk originally comes from, but I don’t think they actually made the connection between a real grass-chewing animal and the plastic carton.

We spent over a week in our territory with these special little humans from the city, and though it was trying the first few days, eventually it all settled down, and they begged to stay when I told them we had to go to town for the rest of the time so they could go back to school from their spring break.

Packing up a few home-school supplies and the other necessary items, I headed to the city with my newly converted backwoods kids and my old backwoods kid, for the few days until their mother came back from her vacation. Arriving on Saturday, as soon as we hit the door the television came on and they (mine too) plopped down for an enervating afternoon of entertainment. Being a very decisive person, I announced the sun was shining and everyone had to go outside. They were gone five minutes max and all three came in complaining there was nothing to do.

I know three young, fairly intelligent kids can find something to do, so out I went to show them all the prospects. I spent a half hour out in the yard, around the house, and through the garage, and honestly I couldn’t find anything worthwhile for them to do. Of course there were toys and games, TV, Nintendo, and bicycles, but they wanted country-type things. Their mother would have killed me if I had let them dig up her manicured yard, and the neighborhood association would have kicked them out if I had let them put a tree house in the only tree in the yard, even if we could have found an odd board or two. Yeah right.

Like a fish out of water, I asked them to tell me a few of the things they like to do. Go to the stables and rent horses to ride, go to the movie theater, go skiing, take skate boards and go to the skate board park, play video games at the arcade in the mall, go down to the children’s center and do craftsthose were a few of the things they came up with. Obviously all these things involve going someplace for the better part of a day and all cost a lot of money. I overheard a couple of conversations between my charges and their neighborhood friends, and apparently the whole city is full of bored people.

I came to realize in a hurry that through no fault of their own or their mothers’, these children are used to being scheduled into everything and having a fully planned recreational calendar, or they think they are bored.

No wonder older teens “hang out” at the mall. They are just older versions of the city kids I spent the two weeks with.

Bill (my husband) has just finished the job he was on, and we are planning a week of fun and relaxation to get away from the hassles of everyday life. Our Country Mouse family is building a greenhouse.