Backwoods folk, or in my case, mountain folk, are typically very resourceful, utilizing whatever is on hand to make their lives easier and more pleasant. And hill-women are just as particular about neatness and cleanliness as their citybred sisters. In fact they can frequently become almighty vocally abusive towards anyone foolhardy enough to track mud across their clean floors.

So here are a few simple mountain methods I and some of my neighbors have used to make our life easier. The first couple can save you and the missus from a tremendous amount of hollering.

Even in mail-order catalogs you won’t come across items like this everyday, and when you do they’re generally fashioned of thin, stamped metal useful mainly for looking at. Yet, by merely driving a couple of strong hardwood stakes into the ground just outside your door and using a few nails to attach a beveled piece of hardwood 1-inch x 6-inches or 1-inch x 8-inches, it’s easy to scrape the mud and gunk off the bottoms of your shoes before heading inside.

While I’ve seen these offered in equestrian shops and catalogs, they usually cost upwards of 20 bucks. As you can very readily see from the illustration, this same thing, serving exactly the same purpose, is simply put together from nothing more than a couple of stout sticks and a nail or two. So why not keep your cash in your own pocket while staying safely out of trouble by easily removing your muddy footwear before tracking indoors?

English gardeners have their “dib-bles,” with which they poke nice neat holes in their soil for ease in planting seeds, small bulbs, and so forth. In the Appalachian hill country, most folks would never even dream of shelling out hard-to-come-by cash for such a simple gadget. Especially when the same thing is so readily user-produced from nothing more than a properly forked limb. While such simple “dibbles” are pretty ideal for planting small kitchen gardens and beds, when planting larger areas it’s more normal to see one parent striding along with one sharply pointed walking stick in each hand, poking planting holes in two parallel rows at a time, while the other parent, or maybe one of the older children, follows behind dropping seeds into the holes. In the meantime, the smaller kids will be bringing up the rear, kicking dirt over each hole and firming up the soil over the seeds.

Though many mountain families have a variety of wooden pegs driven into the walls, mantel, and other handy places inside of the house, many consider the simple single deer antler multi-purpose rack, as shown in the photo, to be the best option of all. Depending upon the number of tines, such a ready-made rack can be used to hang a person’s coat, hat, gloves, or mittens, and maybe even a thick woolen scarf or two. Simply drill or burn a couple of holes through the heavy part of the antler’s main beam and nail in place.

“Use it over, use it up, make it do, or do without” seems to be one of the major credos which the hill people live by. Hunters in this area, which usually include everyone old enough to tote a firearm, aren’t any exception. Maybe mountain folk are better known for their superb rifle marksmanship, but in very many cases a shotgun has been found to be a much more versatile working firearm, and smoothbores are at least as common as rifled guns in much of the eastern mountains.

When I was a youngster, reloading “tools” usually consisted of a hammer and large nail, a few large washers, about a 3-inch length of ¾-inch iron pipe, and a couple of short dowel-like sticks. In any case, shotgun shells are normally repeatedly reloaded until they are absolutely used up, worn out, and completely unsafe to reload any longer. Even after they’ve reached this point these hulls still aren’t usually discarded, but go into a box, bucket, or can of “calamities” until they are needed to fashion drawer pulls or buttons, as required.

Carefully following the illustrations will allow you to use up your own worn-out shotgun hulls in a worthwhile manner. They really do add a nice, and rather unique, look when employed in this manner.

I’ve already mentioned that Appalachian mountain women are just as fastidious about housekeeping as any city women might be, while they’re also usually exactingly frugal and mighty inventive, using up any- thing and everything available to keep their domicile in tip-top condition. And this is how this simple, hardscrubbing mop very probably was born. I can picture some long ago mountain wife devising such a handy contraption from practically nothing at all, with women in the surrounding mountains and valleys readily dupli- cating her newly devised invention.

Using nothing more than a piece of board, a small quantity of leftover corn shucks, and a stout stick handle for materials, and a drill with ¾-inch bit, a sharp knife, and a pair of sharp scissors as tools, it’s relatively easy to follow the illustrations in fashioning your own corn shuck mop, entirely capable of scrubbing floors and such just as well as anything that’s available at the mall.

Whether the interest might be in producing corn meal, grits, hominy, or ‘shine, corn is the staple crop of these Appalachian ranges. It’s from one of this crop’s byproductsthe shucks or husks removed from around the earsthat door mats, table setting place mats, and many similar items are traditionally home-manufactured. As shown in the illustrations, very simple braiding and sewing techniques are the only skills you need to produce an array of good, usable, and unique items.

Though this particular mountain-style craft is a bit more complex to put together than the rest of these projects, it’s still a worthwhile endeavor. Actually, it’s only been during the last couple of decades that electricallypowered well pumps have become affordably available throughout most of these mountain regions. In fact, until quite recently even shallow wells have been considered as exceptionally valuable commodities. Of course clear, cold mountain streams are pretty common in the area, but streams still don’t just flow right in to your standard stock tank or out of your kitchen tap.

I don’t know right when these hardy and inventive mountain dwelling folks figured out that it was possible to harness the power flowing through these mountain streams to operate the pumps drawing water from their wells and cisterns, but it must have been a mighty long time ago because my grandmother (long since deceased) remembered the method shown in the illustration to have already been a very old idea when she was in her early childhood. While similar set-ups are still seeing daily use today in many areas, there isn’t any reason this won’t work just as well in any off-grid location.

So whether your own rural homestead is located somewhere along Florida’s eastern seaboard, northern California’s coast, or any place in between, many of these methods and contrivances, developed or used by the rugged hill-folk of the Appalachian mountain regions, are readily put to good use in any remote area. It just takes a mite of a backwoods attitude. 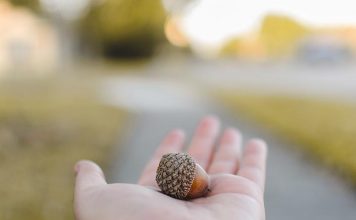