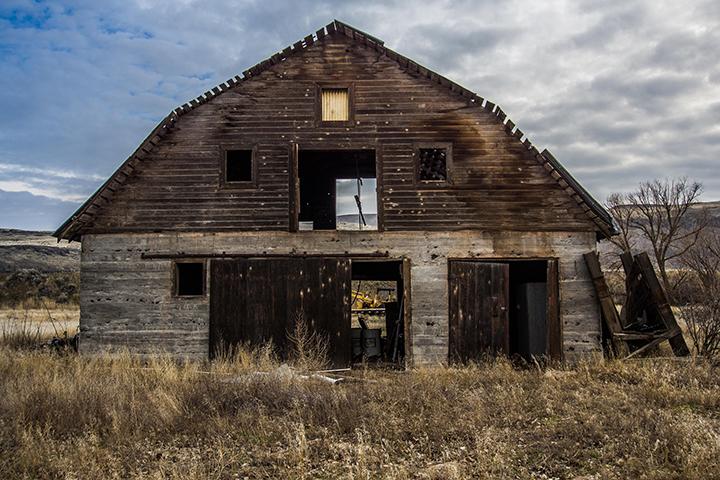 If you haven’t yet made the move to the country, here is helpful information about the cost and availability of land in the U.S.

One factor that is important to leading a self-sufficient lifestyle is having land to grow crops or raise livestock. This usually requires more land and fewer restrictions than the typical suburban house lot in Anycity, USA. If you work in a large city and plan to stay in your current job, your options are limited. Land costs are higher anywhere within commuting distance.

Let’s say that you are not limited to a particular geographic area and want to know where to find inexpensive land for a rural lifestyle. The answer for the pioneers of the late 1800s was to go west. Surprisingly, that would not be your best choice today for inexpensive and available land. At this point many of you are saying, “How can that be? States like Montana and Wyoming have huge expanses of mountains, prairies, and grasslands and hardly anyone lives there. Isn’t this land plentiful and cheap?” No, for several reasons.

A very high percentage of the land in the Rocky Mountain and Pacific coast states is government owned. Arizona, for example, has 52% of its land owned by the government. The U.S. Forest Service, BLM, the National Park Service, and a few other federal and state agencies account for most of this land. In addition to the land held by the federal and state governments, large timber companies own most of the forested mountains that are not government owned. When you add it all up, you can see that the land that is available for you and me to purchase is limited.

What about Alaska? The same conditions that exist in the western states exist in the state of Alaska. Federal and state government along with the uniquely Alaskan addition of native corporations, own most land in Alaska. This leaves less than 1% of the total land area in private ownership. And much of this land is only accessible by plane, boat, or ATV. If you look at a map, you will see that there are not many roads in Alaska. One note of interest is that there were state government homesteading programs in the 1970s and 1980s but none of these homesteading programs exist today.

Most of the National Forests and National Parks are in the western states, including Alaska. For decades now, statistics show that the population of the U.S. is moving south and west. The recreational opportunities for outdoor enthusiasts certainly attract many people to the west, in spite of economic conditions. In other words, people continue to move to rural areas in western states even if they know they will earn less money and spend more for a home.

As you can see, if available land is limited and people continue to move into the area, real estate prices will rise. These factors alone make land in the west expensive but there is a third reason that compounds this.

The Californians are coming

Meaning no offense to readers in California, but it is a fact that when Californians start moving into an area, real estate prices go up and sometimes, the price increases can be dramatic. The same is true with people moving from many large urban areas.

It happens like this. Homeowners in the Los Angeles area decide to sell their three bedroom, two bath home and move to a small town in a nearby western state. Their house sells for, let’s say, $600,000, the going price for this size home due to rapid increases in real estate prices. So, in this example, they owe about $300,000, they sell for 600,000 and they walk away with $300,000 in cash. Now they want to buy a similar sized house in a rural area and they can buy it for a lot less than $300,000. They have the ready cash so they pay the asking price or more because that’s what the real estate market is like in L.A. or San Francisco. With enough buyers paying the high end of a home’s value, prices rise.

Where to look for land

Now that you know where land isn’t cheap, you may ask, “Is there still cheap land?” Yes. Remember earlier when I mentioned that the population is moving south and west? Look to the areas that people are moving from. Look east of the Rocky Mountain states and north. In general, reasonable land prices and good availability exist in northern states from the Dakotas to Maine. Some of the best “bargains” in rural land are in the very northernmost areas of the eastern U.S. There is also rural land available at reasonable prices in many areas of the southeastern U.S., the midwest, and parts of Texas and Oklahoma. Look at a map and find areas where there are no cities. In general, if people can’t commute to a city from the area, the prices are lower.

Where to find more information on rural land

The internet is your best information source. If you don’t have a computer with internet capability, go to your local public library and use theirs. If you need help, ask. My wife worked as a reference librarian in a public library and part of her job was to help people access the internet.

Contact the Chamber of Commerce in the city nearest the area you like. There will usually be a charge of $5 to $10 for them to send you a complete relocation packet but often they can send you real estate information only, free of charge.

After a study of the internet and/or local real estate publications, you should have a good idea of the cost of rural land. Who should you contact to ask more questions? You can directly call a real estate firm listed in those publications. Pick a firm that specializes in the type of property that interests you most. For example, let’s say you are looking for a small farm. Find a real estate firm that has several small farms in their ad. A real estate firm with an ad featuring only houses on city lots will probably not have the information that you need. If the ad clearly shows the real estate agent who has listed those small farms, that would be the best person to contact. If the ad doesn’t specify the listing agent for each property, ask for the person who specializes in the type of rural property you want.

Another option is to get a referral from your local real estate agent. He or she will find you a licensed real estate agent knowledgeable about the type of land you are seeking. This can be in the next county, another state, or anywhere in the world for that matter.

One last tip. You can narrow in on your perfect homestead by collecting information and photos, but there is no substitute for actually being there. Plan a trip or vacation to the area before you make any major decisions.