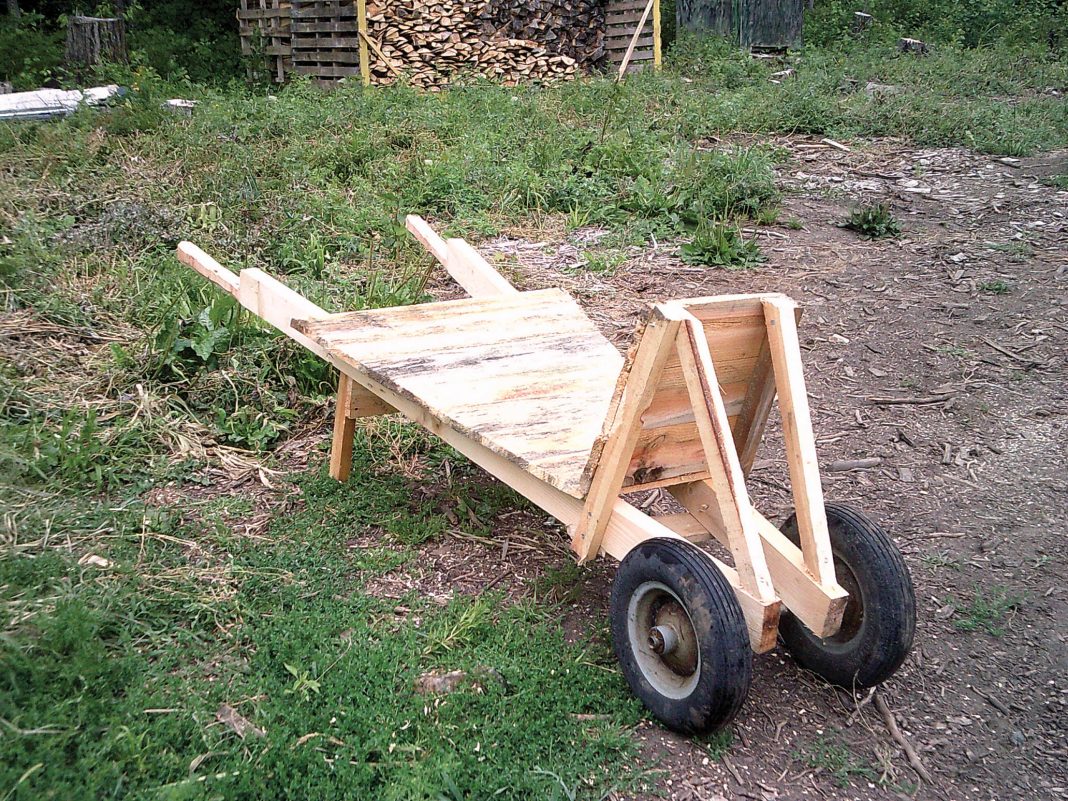 When I first abandoned a slum town and fled back to the countryside I gathered and carried firewood with a laundry basket. Later on I acquired a collection of salvaged tools like my old freebarrow. Eventually I got a new two-wheel type barrow.

However, that metal framed plastic wheelbarrow was not made to last. Within only three years it had broken and been repaired many times. It was soon beyond saving. Not wanting to put $130 into buying a new one, I decided to build my own from scratch. I salvaged the wheels and the axle which were the only parts not broken.

To start the project, I chose two white pine 2x4s. These would serve as the handles on one end and the attachment point for the wheels on the other. I aligned the handle end so I would have enough room to stand between them but still hold the handles comfortably. I aligned the wheel end so the boards would fit the same width as the salvaged axle.

I nailed down scrap 1-inch boards over the top of the 2x4s. I made sure not to attach them too low as this would obstruct where the wheels needed to be. This would be the large platform of the barrow and serve as the resting place for the bulk of the firewood.

Then I began assembling the smaller platform which will stop the firewood from falling when the barrow is lifted. This platform would be at a 90-degree angle to the larger one and be located just above the wheels.

I used two scraps of 1x3s for its body and I put 1-inch boards against them as well. To support this unstable 90-degree platform I nailed some scrap 1x3s at an angle from the bottom ends of the 2x4s. 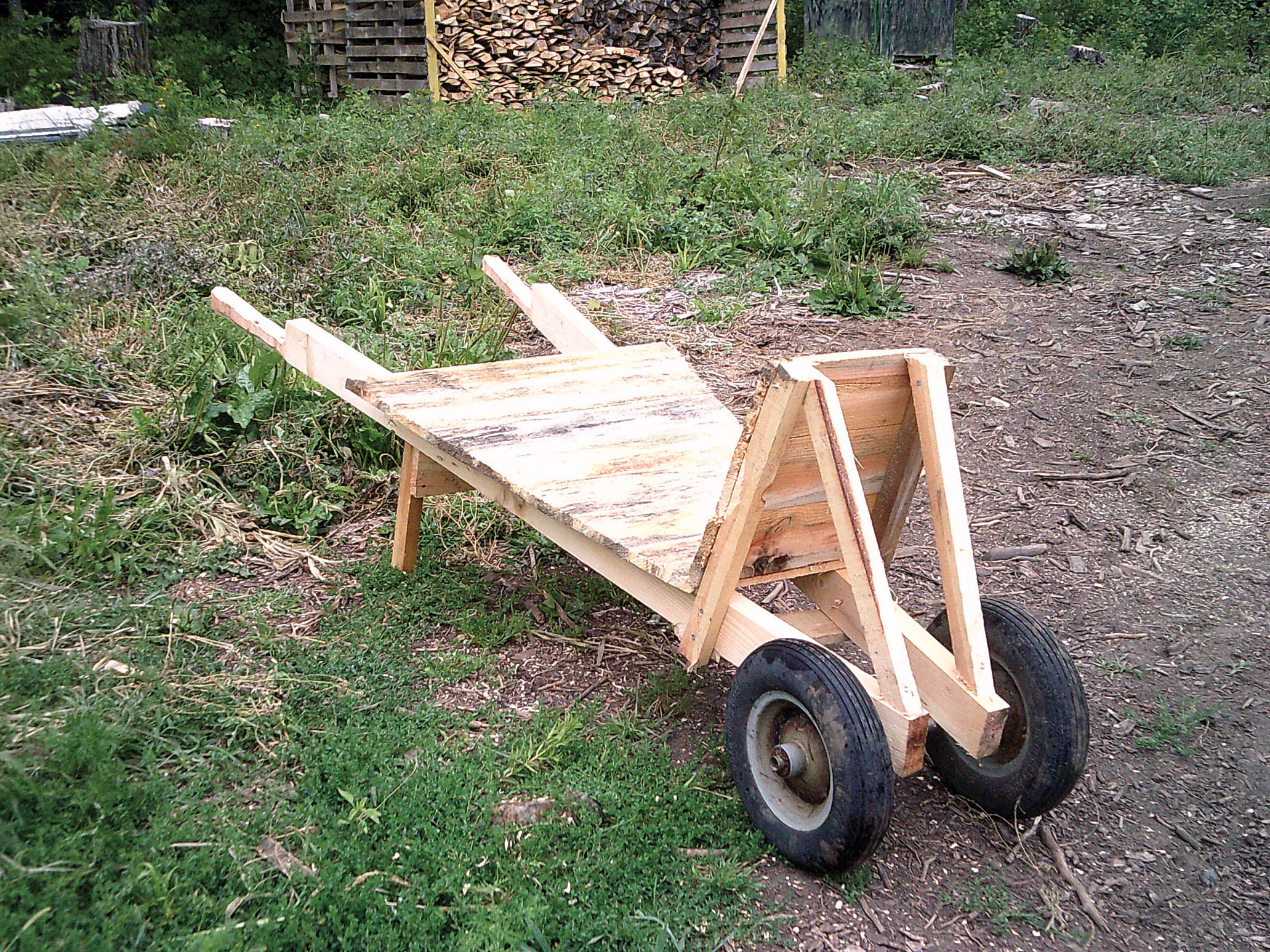 My simply-built wooden barrow is 2½ years old and is still going strong.

The barrow still needed a bit more stability. I flipped it over and put a scrap 1×4 behind the smaller platform. I then made two legs by nailing short scraps to the sides of the 2x4s just under the handles. I stabilized these by putting a 1×4 scrap piece against them. I sank extra nails anywhere I thought the added support would be beneficial.

To secure the axle to the bottom  of the 2x4s I used bits of mild iron with holes bored in them. I hammered them into shape to fit them around the axle. I then fastened screws through the holes.

I turned the barrow upright and tested it out. To make the handle more conforming to my grip I used a chainsaw to buzz it down more or less round.

The barrow was strong and could carry a sizable amount of firewood or a few sacks of feed. I later added a few scraps at a 45-degree angle from the legs to the 2x4s because the legs weakened and wobbled after a lot of use.

Using rough-cut wood, I could have made the barrow to any size. I also could have modified the design such as putting a wooden box or specialized cargo carriers on it in place of a flat deck. Unlike the store-bought barrows, the handles on mine were long enough to walk with the barrow behind me like a travois. I can swap out any broken parts easily during repairs though I have not had to in the two and a half years since I built it.

I was reluctant to purchase something for $130 that I knew wouldn’t last all that long. For two hours’ work and $10 in materials, I made a useful tool that was stronger and easier to maintain than the best ones sold in the store.