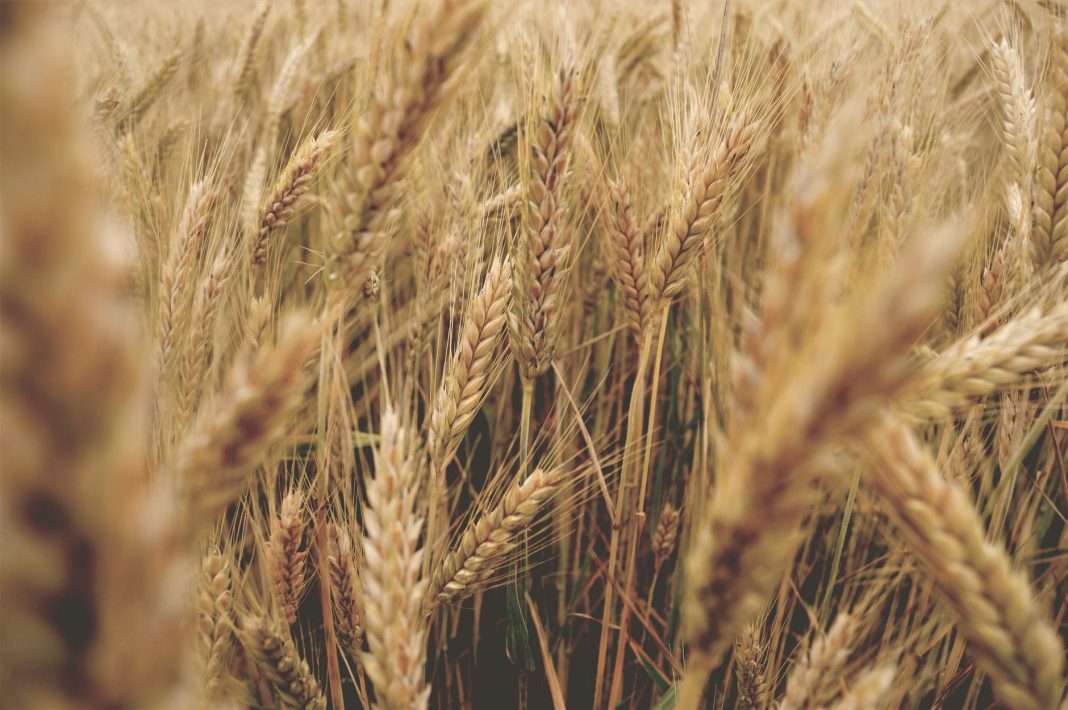 During the winter months, Steve and his wife Tandy feed between 120 and 150 bales of hay to a herd of pretty high-quality dairy goats on their northern Indiana farm. This couple’s major source of income is derived from selling these goats. Once their initial investment in breeding stock was recouped, they hardly incurred any further expenses except for minor veterinary bills. By themselves they produce all of the hay their animals require, but the way their property is laid out makes it pretty well impossible to use any standard sort of tractor-drawn mowers, balers, or other equipment. Yet, wanting to become entirely self-sufficient in this area, they improvised and came up with their own system for mowing and baling.

First, for the mowing, they searched around for nearly an entire summer until they located a front-mounting, sickle-bar attachment for the older, two-wheeled Gravely tractor that they use for nearly every purpose on their small acreage. Any other brand of walk-behind, sickle-bar mower would work just as nicely. Steve and Tandy like the idea of owning a single machine they can use for nearly all of their equipment needs by simply switching attachments. Of course this has always been one of the strongest points of those older Gravely tractors.

The first winter they merely forked their dried grass into haystacks. Well covered with weighted-down sheets of plastic, and left right out in the open, this hay kept well enough. Still, Steve and Tandy were certain that regular bales would be much easier to handle and store. Which was why the next spring found Steve designing and putting together his own readily-portable, simple-to-use, human-powered, wooden hay baler. Once we’d seen his simple improvisation in use, my wife and I realized just how valuable it would be in our own operation. That same week I put together a duplicate for our own use.

The entire “baler” can be put together in just a couple of hours, using only a single 4×8 sheet of 3/4″ plywood, a couple of six-foot 2x4s, some 1-1/2″ wood screws, and a tube of construction adhesive. If you keep it painted or varnished for protection from the elements, it should hold up to at least a lifetime of use.

If you’re interested in producing your own simple, wooden baler, your first step will be to cut two 37-1/2″x14″ pieces from the sheet of 3/4″ plywood. Then cut two more pieces measuring 18″x14″ each, from the remainder. Now, simply use some of the wood screws and construction adhesive to assemble the box-like body of the baler, as shown in the illustration.

Next, both ends of the six-foot lengths of 2×4 are rounded off, using a saber-saw or similar tool, as shown. Again, use both construction adhesive and wood screws to attach these handles to the top edge of the box as illustrated.

Along the upper edge of each of the narrower ends of the box, cut roughly 1/2″x1″ notches about 6″ from each side. Then, on the outside of the box and just about an inch below each of these notches, drive in a single screw about half way. Finally, drill 3/4″ to 1″ diameter tow-rope holes through the rounded-off ends of each of the 2×4 pieces.

Steve simply flips the baler upside down, using the 2×4 handles as sled runners, then tows the baler behind their Gravely’s riding surrey to where he’ll be using it.

To use the baler, cut two pieces of baling twine, each roughly 8-1/2′ or 9′ long. Fashion a loop in one end of each piece of twine, and slip it over one of the protruding screw heads. Then you can sort of drape each length of twine loosely in place in the baler, with a couple of wraps around each of the opposite screw heads to keep them in place.

Once the baler has been packed as full as possible with hay, using your feet to stomp it in tightly, remove the twine from the screws, slip each of the loose ends through its corresponding loop, pull it tight, and knot it securely. Now you can grasp the strings, lift the completed bale from the baler, and you’re all ready to start over and produce your next bale.

Steve and Tandy have found that it’s not a difficult task to bale about a third of an acre on a pleasant summer afternoon. That’s with the aid of their children, who think bouncing up and down to pack the hay tightly inside the baler is great fun.

By Kristina Seleshanko Issue #177 • July/August/September, 2019 Something we heard a lot when we first started raising chickens in the suburbs was, “For the cost of raising those birds, you could buy an awful lot...
Read more