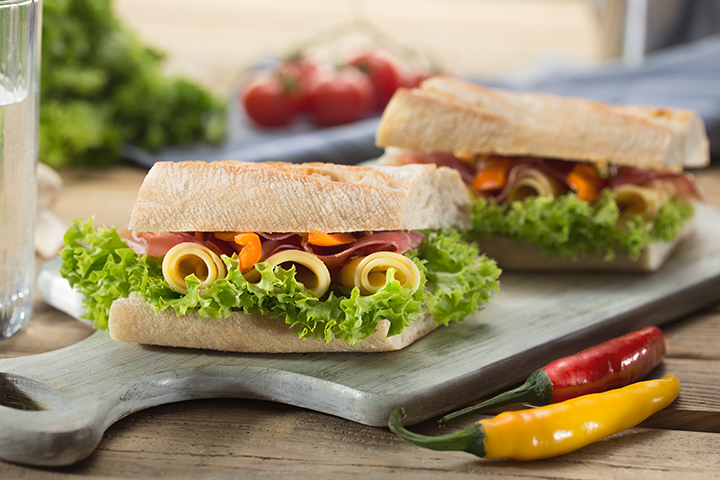 “I don’t know what I’m going to do with all this bologna!” My mother was speaking to herself as she tried to find room for two huge bologna rolls in our kitchen cupboards while waiting for the rabbits to finish roasting in the oven. Watching her storing the bologna, I was elated. For me it would be feast time after the threshing crew had moved to the next farm. I could hardly wait. My mouth watered as I thought of the leftover bologna we children would feast on in the days to come.

It was the time of the year which I loved best. Every late summer, just before threshing time, my father would drive, with horse and buggy, into town to buy food for the hardworking crew. Of course, with little money, he had to buy affordable meats and this meant, in the main, bolognaenough to make sandwiches for two days to feed a threshing crew of eight to ten.

For a few days our usual wholesome Middle Eastern dishes disappeared from the daily menu. My mother would never think of preparing chickpea and lentil stews or our scrumptious Middle Eastern salads, or even kubbah, a tasty burghal and meat dish. Living with an inferiority complex, like most other new immigrants, she believed that our food was not good enough for the palate of non-Syrians. For meals, she served the crew fried or roast chicken along with boiled or fried garden vegetables, and for lunch bologna sandwiches. The hard-working crew never had an inkling that this was not our usual fare.

For us children, it was a joyful time of the year. There was always some bolognato me like the Biblical manna, falling from the sky. Strangely when I think of it now, in those youthful years, this prepared meat was to me the epitome of foods.

Watching my mother stowing the bologna rolls away, I dreamt of endless bologna sandwiches in the days to come. I thanked God for the rabbits which were now roasting in the oven. Perhaps, I thought, my mother on the morrow was going to prepare chicken or even rabbit sandwiches for the crew. Hence for usmore bologna. In my dream world, the rabbits roasting in the oven were God-sent. This year, during the first day of threshing, one of the men had shot three jackrabbits and asked my mother if she would cook them for next day’s dinner. An excellent cook who could quickly improvise a meal, she agreed. To her, a new dish was a challenge which she relished. Apparently, he had heard from our neighbors that she prepared mouth-watering exotic meals. That evening she skinned, cleaned, then rubbed the rabbits with vinegar mixed with herbs and spices, leaving them to marinate overnight. The next morning after washing, drying, then stuffing them with a rice-nut stuffing, she slowly roasted them in the oven, basting them often in a basting juice enhanced by more herbs and spices.

At dinner that evening, my mother never had so much praise for her cooking. I vividly remember every member of the threshing crew lauding her culinary ability, insisting that they never feasted on such a delectable meal. Later, they asked her to make sandwiches from the meat for the next day’s lunch. Listening to them, I became excited thinking of the extra leftover bologna.

As for myself, even though I enjoyed the delicious rabbit meat and the savory stuffing, I still yearned for bologna sandwiches. In the days to come, we children were to glory on the leftover bologna made possible by the succulent roasted rabbits. For me, at that time, it was bologna gourmet time which lasted over a week.

Subsequently, as the years passed by, my love for bologna faded away until today I can hardly stand its taste. However, the taste of the rabbits my mother prepared for the threshing crew has remained with me through the years. More than once, I have replicated my mother’s roasted rabbits with what I believe to be some success. Nevertheless, it still seems to me that they cannot truly match her meal for that threshing crew. They well had a point when they came to a consensus that roasted rabbits were unmatched in the field of culinary art.