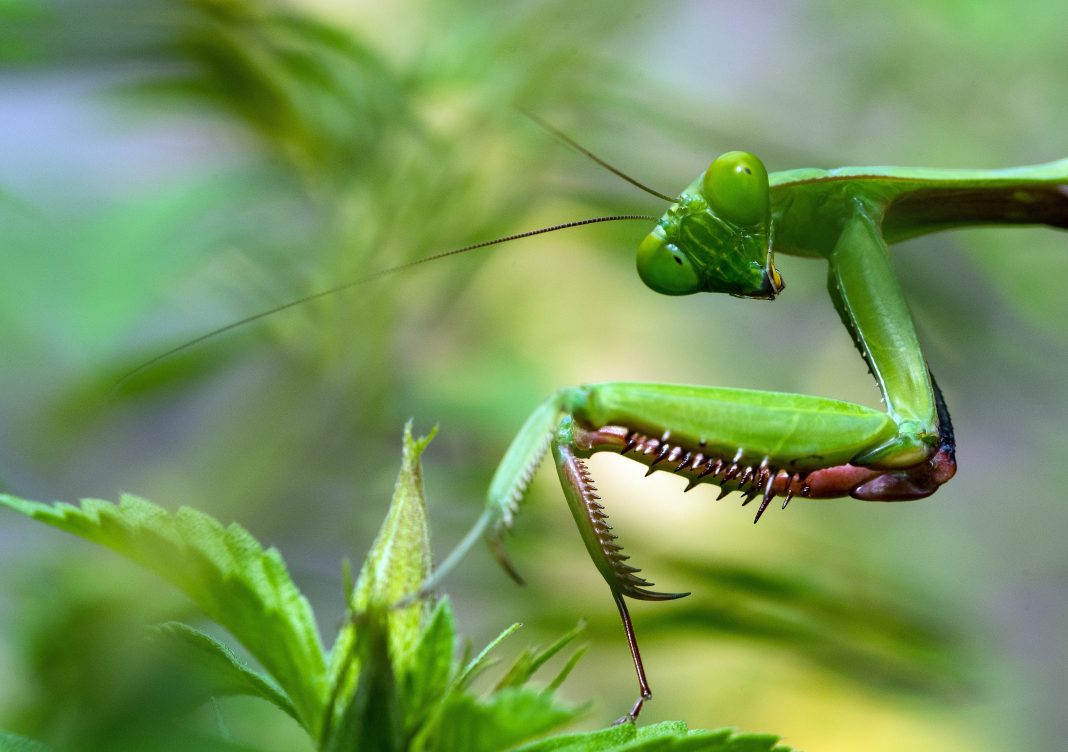 Some 400 million years ago, in the Devonian Period, insects evolved from crustaceans. Since that time, they have been one of the most successful life forms on the planet.

What we now know as “modern” insect orders were pretty well established by the time of the earliest dinosaurs. But it wasn’t until the Cretaceous, from 145 to 66 million years ago, that bees coevolved with flowering plants. Without these insects, many flowering plants we know of would not exist and without flowers, bees would certainly not exist.

Cockroaches, the bane of many apartment dwellers, have been around for 300 million years, since before even dinosaurs existed, and if we humans drive ourselves into extinction, cockroaches will be here long after we’re gone. Though we associate them with filth, cockroaches try to keep themselves clean by licking foreign debris off them. It is for this reason that putting powdered boric acid crystals, a poison that kills insects but is largely harmless for mammals, along cockroach trails is so effective. When they get back to their nests, they lick the powder off themselves to stay clean, and it kills them.

Everyone seems to know this, but it bears repeating: Spiders, centipedes, millipedes, and scorpions are not insects. Insects have three body segments and six legs, the others don’t.

When considering what the fastest insect is, there are several things to consider: absolute speed, speed for their size, and whether we’re measuring running (crawling) speed or flying speed. There is a species of Australian tiger beetle (Cicindela hudsoni) that can run at 5.6 mph and it is, to date, the fastest insect known. In comparison, the average human walks at just over three miles per hour.

Another species of Australian tiger beetle (Cicindela eburneola) is a speedster, though it’s only going 4.2 mph. It can cover ground at 171 times its own length, each second. A cheetah, running at top speed (75 mph), only covers about 16 body lengths in a second.

Long before there were birds, bats, or Boeing 747s, insects were the first animals ever to fly and the fastest flying insect, today, is the dragonfly which can do speeds of 35 mph.

The largest insect yet found is known only from the fossil record. It’s called a griffinfly (Meganeuropsis permiana). Griffinflies lived in the Paleozoic, some 320 million years ago. They looked a lot like (and may be related to) those speedy modern-day dragonflies we have. But these beasts had 2½-foot wingspans and a set of mandibles that made them formidable predators for their time. Insects today cannot grow to this size because instead of having lungs to pump air, oxygen is diffused though their tracheal breathing systems. The bigger the insect, the longer the tracheal tubes and the more difficult it is for oxygen to reach remote parts of their bodies. If there were more oxygen in the atmosphere, an insect’s manner of breathing would be more efficient, and it could grow larger. For this reason, it’s thought that there may have been a higher percentage of oxygen in the atmosphere 320 million years ago than there is today and the extinction of these huge insects may have come about because oxygen levels fell.

When we speak about the largest insect today, we have to define what we mean. The heaviest modern insect is the Goliath beetle, which is found in tropical African forests. Males can measure almost 4½ inches long and weigh 3½ ounces in their larval stage. But, when they become adults, they’re only half this weight.

On the other hand, the longest insects are a species of stick insects — sometimes called “walking sticks.” Among the giant stick insects of Southeast Asia, the females grow to almost two feet in length. Though odd looking, walking sticks are harmless and in many parts of the world people keep them as pets.

Ounce for ounce, the strongest insect yet discovered is the Onthophagus taurus species, or dung beetle. The males can pull objects that are as much as 1,150 times their own weight. This would be like a 120-pound woman pulling an M1A2 Abrams battle tank. Another interesting thing about these little bugs is that they are the only known nonhuman animals to use the Milky Way for navigational purposes.

Speaking of strength, the 6½-inch-long Titan beetle, of the Amazonian rainforest, has mandibles so strong it can snap a wooden pencil with one bite. Another curious thing about these creatures is that nobody has yet found the larvae — the babies — of these beetles. This is because they hide their eggs so well. It’s also interesting that once they become adults, Titan beetles never eat again. The males fly around looking for the females, which are usually sitting on the ground, so they can mate. The females lay their eggs then, unless they fall prey to some predator, the adults simply starve to death.

The longest migration of any insect was once believed to be the monarch butterfly, which makes an annual roundtrip migration of more than 4,000 miles from Mexico to southern Canada. However, it’s recently been discovered that several species of dragonflies migrate from southern India, across the Indian Ocean to Africa, then back to India for an annual migration of between 8,400 to 11,000 miles. Along their way they are apparently accompanied by several species of migrating, insect-eating birds that pluck them out of the air along the way so that the birds can sustain themselves on their trip.

The deadliest insect is … it all depends on how you want to define “deadly.”

The most venomous insect is the Maricopa harvester ant found in Arizona. Fortunately, the venom isn’t potent enough to kill a human though it can produce painful sores. But it can bring on death in the same way bee stings can, through anaphylactic shock, but only if the victim is allergic to the venom.

And, speaking of bees, thousands of people die from anaphylactic shock every year from bee and wasp stings because they are allergic to the toxins in the sting.

But the real killers are the insects that carry diseases that kill tens of thousands of times more people, every year, than do all lions, tigers, and bears along with hippos, sharks, and pit bulls combined. According to the World Health Organization, 17% of all infectious diseases humans get are transmitted to us by insects. These include dengue fever, Rift Valley fever, yellow fever, malaria, Japanese encephalitis, West Nile virus, Crimean-Congo hemorrhagic fever, Lyme disease, rickettsial diseases, tick-borne encephalitis, sleeping sickness, plague, and more.

Tsetse flies, for example, transmit sleeping sickness, which kills more than a quarter of a million people in Africa every year.

Fleas are carriers of many diseases including bubonic plague. There have been several outbreaks of flea-borne plague which killed tens of millions. In the 14th century, as many as 100 million people, a quarter of the world’s population, died worldwide. This included 30-60 percent of all Europeans who were then alive.

Some scientists have estimated that half of all the people who have ever lived on the face of the earth have died as a result of malaria, and the protozoan that causes this disease is spread by the female anopheles mosquitoes.

Though malaria was largely eradicated in developed countries and many Third World countries through the use of the insecticide DDT, it has made a dramatic comeback since DDT was banned worldwide. The National Academy of Sciences estimates that in the 20 years prior to the DDT ban, a half a billion malarial deaths had been prevented. Since the ban, some 50 million people have needlessly died of the disease.

It’s now suspected that many of the reasons DDT was banned — among them that it is a carcinogen, thins out the eggshells of birds, and causes premature births in humans — may have been based on poor science or no science at all. Recently, several African nations that have brought back its use have seen dramatic drops in malarial deaths, as well as drops in death from other diseases carried by other insects that DDT kills. All this with no apparent harm to humans or the environment. The insect responsible for more human deaths than any other may be on its way out, again.

Preparing for a Temporary Catastrophe