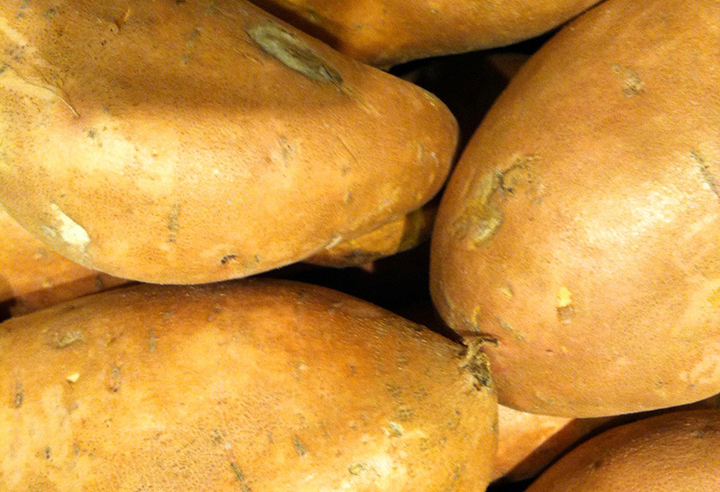 Click on pictures for printable, full-sized versions to color.

When I was a little girl, I used to visit my grandfather’s home town in Edgecombe County, North Carolina. He filled my head with tales of how things were done when he was a boy. One of my favorites was his story of the making of Brunswick stew. As I nestled into the musty back seat of my aunt’s huge black Packard car, he would begin the tale. We would rove through the miles and miles of dusty tobacco fields, the tall yellowing plants surging up on either side of the road, and he would drone on. The more he talked, the hungrier I got.

Find the secret word!
Click on picture for printable, full-sized version, then fill in the blank spaces with letters from words in the article. The answer is a symbol for peace and plenty.
You can color it, too!

According to his memory, the farm hands would work in the fields harvesting those massive leaves from dawn ’til way after dark. Along about sunset, someone would kindle a fire and set a great black pot of water on it. Several of the fellows would then take to the woods and shoot up some rabbit and squirrel, perhaps even a wild turkey. Someone else would chip in a bunch of onions brought from home, and maybe a wife would have packed her husband off that morning with a basket of butterbeans and tomatoes from the garden. Several ears of pilfered corn might have finished off the recipe. These ingredients would be left to bubble and stew as the workers returned to the fields.

As the men picked and packed the great leaves, the delicious aroma of that Brunswick stew wafted through the fields, finally beckoning them to supper. As I listened to him spin his story, I always wondered, but never got around to asking . . . did they bother to take the skin off those squirrels? I would picture that lovely vat of bubbling stew, and my mouth would ache for a taste of ituntil in my imagination, a soggy wet squirrel tail would pop to the surface of the pot. It wasn’t until many years later, when I actually tasted Brunswick stew (there were no tails, feathers or ears.), that I discovered how very delicious it is.

When you think of how available most foods are to us today, it can sometimes lead you to wonder how our pioneer ancestors could have survived. With no refrigeration and few (or no) grocery stores close by, they had to rely on common sense, imagination, and the land around them for most of their daily menu. It might be fun sometime to pretend backward into history, and try the diets of several of our forefathers. Depending on the section of this country that you would like to visit, and the time in history, you could come up with meals ranging from the most bland to the most delicious. Why not plan a historic supper for your family? Have an adult help you build a campfire, then follow the recipes below. Read the explanatory notes for each one. These notes will tell you the reasonings for the seasonings. (All of these recipes are adaptable to oven or stovetop cooking. You will need an adult to help you with them either way, but that’s a big part of the fun.)

This is a variation on a Native American cooking method.

4 large apples
A bucket of mud

Coat the apples with about an inch of mud on all sides, being sure that the mud is of a nice thick consistency. When the fire has burned long enough to make some coals, have your adult help you to scoop some of the coals to the side. Bury the apples in the coals, and leave them there for about 45 minutes. Scrape away the cooled coals. Knock the dry cooked mud off of the apples and discard the skins. Spoon up the sweet steamy pulp for a surprising treat.

Some groups of Native American people used a mud coating on their food as a sort of oven. The steam from the mud would keep fresh-caught fish moist, and as it dried and became clay-like, it protected the food from burning. When the mud was peeled off, it took a lot of the fish scales with it. A delicious instant meal.

This is a cattle trail recipe from the Midwest. Although this was originally done on the campfire, it might be best if you bow to modern convenience and do the cooking on a stove top.

A 16-ounce package of dry pinto beans
9 cups of water
Two large onions, peeled and chopped up
2 teaspoons of salt
½ teaspoon of oregano
½ teaspoon of garlic powder, or two cloves of sliced garlic
¼ teaspoon of pepper
1 tablespoon of brown sugar or molasses (add this last, and put in a little more if you like.)

Wash the beans and heat them along with 6 cups of water ’til they boil for five minutes, then turn the stove off. Let them sit for an hour. Add three more cups of water and boil it all again. Now add everything else, stir it up, and cook it for about an hour.

Cowpokes on the drive west had to settle for foods which were portable. That meant a basic menu of beans and lots of meat. For a treat, there was cornbread, biscuits, or a sweetened rice dish. Pinto beans (which are small and spotted when raw, like a pinto pony) seemed to be the favorite. When cooked, these beans swell up and turn a sort of pinkish white. They were first given to the settlers by the natives on the Mexican border.

When you eat beans with rice or corn, the two foods mix up inside your body to create an important type of protein which is like the protein in meat. (Your body is made largely of protein, and so you need to eat a lot of it.) That’s why the native Southwestern people were so healthy with a diet of mostly beans and corn and not much meat.

These were “handy” during the winter months, and not particular to any one area of the country.

Take several sweet potatoes, individually wrap them in foil, and surround them on all sides with mounded hot coals. Occasionally turn the potatoes. Cook till the sweet steam pipes out of the foil (about 45 minutes). Poke into the potato with a clean sharpened twig to check for doneness (the center will be soft).

When the potatoes are done, DONT EAT THEM YET. Let them cool a bit, then slip one into each pocket to be used as hand warmers. These will keep you comfortable while you chat around the campfire. Pioneer mothers used to send their children off with these in the winter months to keep their hands toasty on the long walk to school. Then the kids would eat them for lunch. When you eat yours, you might want to use a dish and slather them up with butter.

These were eaten all along the East coast.

Mix indgredients and fry on an oiled skillet. YUM.

A ship sailing from Madagascar in about 1685 was hit with bad weather and had to make a forced docking in Charles Town, South Carolina (now Charleston). The captain made friends with a local man, and as a present, he gave him some of the ship’s cargo . . . a bushel of rice. From that small gift was born the rice industry in America.

Rice needs the lowland swampy terrain that our coasts provide. That’s why in states like Louisiana and the Carolinas, tasty rice dishes are so common. Rice was (and is) easy to store and mixes well with lots of other ingredients. This recipe was (and is) simple to make, filling, and nutritious.

This version of the stew is as easy as 1-2-3. You don’t need to find a tobacco field to enjoy it.

Ingredients (All cans are the 16-ounce size.)

1 can of lima beans
1 can of corn
1 can of chicken broth
1 can of chicken, or 1 pound of fresh cooked chicken
1 squirrel tail (optional)
2 large onions, chopped up
2 cans of chopped tomatoes
3 cooked, peeled, and chopped potatoes
A dash of pepper, garlic, brown sugar, and salt
Cooking oil
Hot sauce to taste

Put the onions and a tad of oil into the pot first and cook them ’til they turn clear, then add all the rest.

Depending on the amount of juice from the vegetables, you might have to add a little water. Keep it bubbling, and stir it for about 20 minutes.

Two or three eastern communities with the name of “Brunswick” like to claim this stew as their own concoction, but generally, Brunswick County, Virginia, is given the credit. It is thought to have come about in the early 1800s.

These are a Southern tradition.

Put a pot of water on the stove to boil. Mix corn meal and salt in a large bowl. Slowly add boiling water ’til the batter becomes mushy but not stiff. Let this sit while you heat up some shortening in a skillet. When the shortening is hot but not smoking, drop several heaping tablespoons of the corn meal mixture into the pan.

Keep the corn “cakes” separate so they don’t run together. Turn down the heat a little, then flip them over and cook the other side. They should be flat and crispy golden brown. That’s it.

These are called HOE cakes because they were originally cooked over a fire on the flat part of a garden hoe. They are basically an African-American invention and are like those potato chips . . . you can’t eat just oneespecially if you drip butter on top. ENJOY.