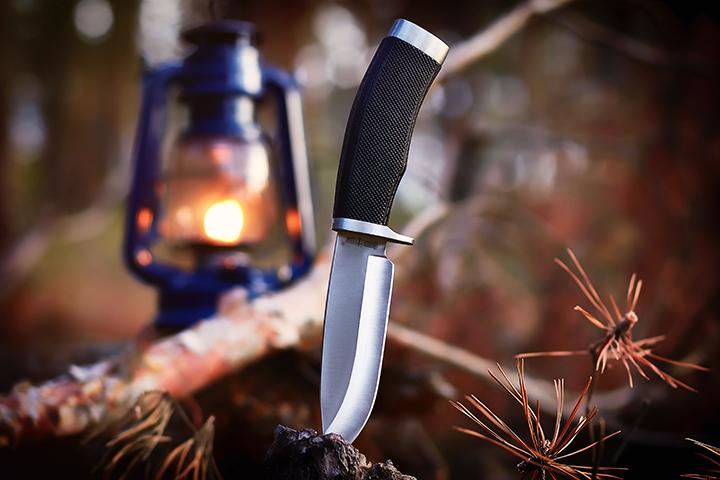 There was a time when I did not understand the value of quality, or respect for a fine tool. I received my tool education first-hand when I decided to run off and work with my uncle, a tugboat captain on the Mississippi River. You know, kind of like Tom Sawyer! I found myself in the position of a green deckhand in a world where the work was hard, back breaking, and very dangerous. There was very little romance involved other than the beauty of the river.

My first day as a brand new deckhand was not what I expected. The boat I was aboard was not exactly the Queen Mary. It was small and cramped, and rusty to boot. The accommodations were less than spectacular. My bunk contained a very dirty, old, smelly mattress that had a bumper crop of mold growing on it. The galley was so small it was hard to get two people in there at one time. And the roaches seemed to be the masters of that decadent chamber of gourmet delights. So as you can see, the charm and mysteries of Mark Twain’s Mississippi River faded away rather quickly.

Since the space was small, our possessions were limited to those we held very dear or deemed important. Among my uncle’s few possessions was a folding knife. It was always with him and one of the prettiest knives I had ever seen. It had a brass tip and dark wooden handle. My uncle noticed I was admiring his knife and asked if I had a knife of my own.

“Well, you can’t be a good deckhand unless you have a knife; a good knife is your best friend out here on the water.”

Well, the next time we had some free time at the fleet, I ran across the levee and found a hardware store where I bought what I thought to be a very good knife. I paid all of $2.50. That was a rather sizable amount of money to pay for an item of that nature. Also, it took most of the money I had to my name to purchase this tool that I was instructed I would need in my job.

I hurried back to the boat where my uncle was kneeling down on the bow deck splicing a deck line. I proceeded to show him my new knife and asked him what he thought of it. He took the knife from my hand and started to inspect it. He turned it one way, then another, then opened the shiny chrome-plated blade, reached into his pocket, and pulled out a one dollar bill. He wrapped the dollar around the knife handle and closed the blade on the dollar to hold it in place. He then proceeded to toss my new knife over the side into the dark, muddy Mississippi River. He turned, looking straight at me, and said, “Now you can say you threw something away that was worth something.” All the while he was making an irritating little laugh.

Well needless to say, I was a little shocked and speechless at my uncle’s strange behavior. “Hey, I paid $2.50 for that!” I protested. My uncle said nothing. He went to the wheel house and came back with a shiny black leather case that contained a single, stainless steel locking blade, brass tipped, dark wood handled knifejust like his own. He handed it to me and said, “You owe me $20. You take care of that knife, and it’ll take care of you. Never loan it to anyone or you may not have it long. A dull knife is as dangerous as an unloaded gun.”

“Well,” my uncle explained, “people take it for granted the gun is unloaded and end up shooting themselves. If you take your knife for granted and think it is sharp, it will always let you down. You’ll use that knife every day you’re out here on the water, so after you use it, check it and pass the blade over a stone to keep that sharp edge. Keep it clean and oil it daily. You are on the water, and that knife needs to be maintained.”

At the time, in my opinion, that $20 sticker price was rather steep, considering I was making only $9 a day. But when you have to work hard for something, you value it all the more. As a result, I learned everything I could about maintaining that knife. Now I will pass on that knowledge to you.

I have seen people take a rather expensive knife to use it as a screw driver or a pry bar or for that matter even to cut wire. Did your mother ever yell at you for using her sewing scissors to cut cardboard? Well, those scissors were her tools for making those fine cuts on cloth. She did not want any raggedy edges. She valued the clean cut that truly sharp scissors made and wanted to keep them that way.

If you were to mess with a chef’s knives in his kitchen, you might lose a finger or two. You’ll never find real chef knives tossed in a drawer. They are usually placed carefully in a slotted wooden holder with a place for each and every individual knife. You’ll never find those knives being allowed to languish at the bottom of a sink full of dirty dish water, nor even in an automatic dishwasher. Improper washing tends to destroy the integrity of the knife. The chef will always clean the blade with a wet towel, hand dry it, and place it carefully back in its holder.

Now, a hunting knife or utility knife is usually carried in a leather sheath to protect both the knife and the wearer. But one should always remove his/her knife from the leather sheath for storage because the chemicals used in making the leather are pH acidic and will lead to damage of the metals in the knife. After hunting, clean your knife as soon as possible. Blood and body fluids, especially digestive juices, have a corrosive effect on steel. Also remember, if you want to dig a hole, sharpen a stick as a digging tool. A knife was not designed as a shovel.

We have now come to the most important part of care of your expensive knife: sharpening the blade. I have to admit there are all sorts of ideas and concepts on how to perform this task. There are a ton of gadgets out there on the market one can buy to sharpen the blade. Some are good and some I feel destroy the blade. And if you talk to ten different people on the subject of how to get a great edge on the blade of your knife, each and every one will have what he believes to be the best method known to mankind.

Now, here comes the big question: What type of stone should I use? That question has been the spark of a fiery debate that still rages on. There are stones that are marketed as either “wet” or “dry.” So keep the following point in mind as you shop around for that perfect stone.

One school of thought insists that a stone should have oil, water, or saliva placed on the surface to float the metal shavings away from the stone when the blade is being sharpened.

The other theory is that using any kind of liquid just clogs the stone with oily, gooey sludge that fills in the pores of the stone, ruining the stone forever and only polishing the blade, rather than honing it to a sharp edge.

I am not going to get myself in either side of this trick bag. The method I use works on wet or dry stones.

Place your medium-grit stone on the table in front of you. Lay the blade of your knife at about a 20-degree angle on the stone. Place your index finger on the back of the blade. Keeping the edge of the blade in contact with the stone at a 20-degree angle, drag the blade toward you with a steady, smooth, even pull. Apply medium to light pressure as you draw the blade across the stone. Then turn the blade over and repeat. If you keep the knife in the same hand, you’ll need to use your thumb on the back part of the blade and push the blade away from you on this motion. Also remember it’s important to keep the same angle at about 20 degrees on both sides of the blade. Go slowly and alternate forward and backward strokes. Pull to you, then flip the knife and push away. Do this several times. A dull knife will probably take a few extra strokes. A really cool trick is to mark the blade’s edge with an ink marker to see if you are getting the entire blade honed correctly. If your technique is correct, all of the ink will be removed when you are finished.

Now the next question is, where do you stop? How do you know if you have a good edge? Everyone has a different idea on that as well. I have heard people say, place the edge of the blade against your lower lip. If it’s cold, it’s sharp. Others tell you to shave your arm, and still others say to place the blade on your thumb nail and pull the blade across it. If it cuts, it’s sharp. I strongly do not recommend any of these. I personally just take a piece of paper and pull the blade lightly along and if it cuts, it is sharp enough for me. And the final step, something I always do, is to take a leather belt and flip it over so the inside of the belt is showing. I place the blade at a 20-degree angle and pull it toward me on both sides of the blade to knock off any burrs. With just a little practice, you will be as good at sharpening a knife as any old timer out there.

And by the way, I still have that stainless steel locking blade, brass tipped, dark wooden handled knife my uncle sold me 39 years ago. The black leather case fell apart and has been thrown away. But the knife survives with just a few nicks and scratches on the brass and wooden handle. The knife is still in fine shape and as serviceable as the first day I got it.