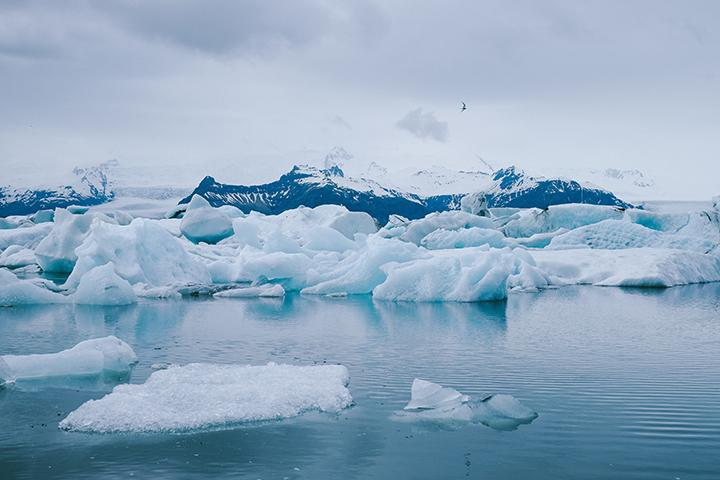 As little as 30 years ago the talk wasn’t about global warming, it was about an imminent ice age. Is an ice age likely? Even possible? Consider this: There have been more than 20 glacial advances, or ice ages, in just the last two million years. And we know from geological evidence that each glaciation lasted anywhere from 20,000 to 100,000 yearsno one knows why the disparityseparated by warm periods that last some 10,000 to 15,000 years. What we can be reasonably sure of is that we’re now in one of the warm periods, and this one is already 13,000 years old. Some scientists think it’s at an end and a new ice age is about to begin.

No one really knows what causes ice ages. Theories abound. They include perturbations in the earth’s orbit, changes in ocean currents, the earth periodically passing through galactic dust that obscures the sun, variations in the sun’s energy output, changes in continental positions, uplift of continental blocks, reduction of CO2 in the atmosphere, etc. Evidence or experiment may eventually resolve which of the theories wins out, or it may turn out that a combination of theories are true. It may even be that none of the current theories proves satisfactory and some entirely new theory ultimately explains their cause.

But what is pretty certain is how they take place. It was once common wisdom to believe that the advent of an ice age took place over centuries or even millennia, and that they ended the same way. It was thought that the changes were so slow that, if people were around to witness them, each generation would hardly notice any change. If the next glaciation were to come on slowly, and we recognized it as the beginning of an ice age, maybe there would be time for civilization to adjust: to begin food storage, to develop crop hybrids that will endure shorter growing seasons, to move populations, factories, and technologythe core of our civilizationinto southern climates, etc.

But we now have evidence that ice ages come on with an abruptness that will catch us by total surprise. Physical evidence indicates that when the last ice age started, the British Isles went from a temperate climate to being completely covered with glaciers hundreds of feet thick in just 20 years.

Do scientists think it’ll happen that way again? Yes. And if the next ice age starts here’s how it may occur: At first we wouldn’t even realize it, so the first few years we’d feel we were just having one or two bad winters. But after a few years rivers will freeze all-year-round, snow from the previous years won’t completely melt, glaciers will begin to form, and some of what is currently now the world’s most fertile ground will become unfarmable.

Countries bordering on both sides of the Atlantic will change radically as a result of changes in the Gulf Stream, and Europe, which today is almost 20 degrees warmer than other parts of the world at the same latitude, will become as cold and dry as Siberia. The Sahara may again become forested while the Amazon basin becomes a desert. Florida may also become a desert, as it was in a previous ice age.

At the same time, if the climate changes enough to disturb the monsoon season that fuels agriculture from Africa to China, where over half the world’s six billion people now live, hundreds of millions will starve when the climate abruptly changes. There’s no way to prepare them for that.

Canadian and Russian wheat will fail completely. American agriculture, on which much of the world depends, will be scaled back by shorter growing seasons. Not only will we not have enough food for export, we won’t be able to grow enough to sustain even our own current population. And jobs? Factories will close, service businesses will disappear, stocked supermarkets will become a thing of the past. Get ready for your standard of living to drop like a rock while you and your kin go hungry.

How far will the ice fields extend? In North America they will most likely reach as far south as present day Chicago. But they may go further. And this isn’t going to be some picture postcard winter landscape. At the height of the last ice age, the ice fields covering much of North America were up to two miles thick. So, expect the great northern cities, such as New York, Boston, Detroit, Toronto, Montreal, etc., to be swept away before advancing glaciers. In the meantime, sea levels will drop and more of the continental shelves will be exposed. You’ll be able to walk from Siberia to Alaska, from California to the Channel Islands, from Britain to France, from Australia to New Guinea.

But when is this really all likely to happen? Because no one knows what causes ice ages, there’s no way to forecast when the next one will start, how bad it will be, or what effect the (allegedly man-made) global warming taking place today will have on it. We can’t tell whether it will be less severe than the last one, when the ice sheets only extended as far south as Wisconsin, or as bad as some of the glaciations of half a billion years ago when ice sheets formed all the way to the equator. Although this latter scenario is unlikely, no one can be sure. But if it does, kiss the human race good-bye.

What seems fairly certain is that we will go from the world as it is today to full-blown glaciation in less than 20 years, maybe in as little as four or five. And there is no way the United States can adjust to and survive a climate change this abrupt.

Can we stop it? We can’t even stop a single snow storm. Imagine trying to stop an ice age that’s going to go on for tens of thousands of years.