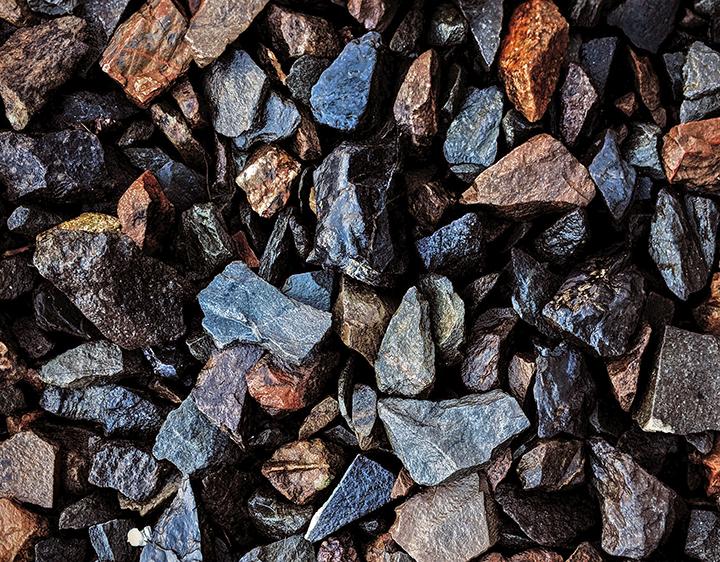 Down here in the hills and hollers of southern Indiana, there is rock a’plenty. Old farm fields still show evidence where early farmers gathered and piled the countless rocks that got in the way of their plows and harrows. Rock bluffs and cliffs abound. Who knew that the rocks our ancestors fought on the farms and tossed into piles would become a marketable commodity? Charla and Richard Ivey and their family have learned just that and have built a good business upon those rocks.

Charla had a medical condition that required her to quit her factory job. She wanted to do something to bring in some money and to teach the kids how to develop good work habits. Basically, she drove the truck and the kids threw the rock onto the truck. She helped all she could and decided she enjoyed it too.

After doing it this way for a couple of years and selling rock to a nearby dealer, Charla decided to get serious and start her own business. It wasn’t until I began work on this article that I learned they had named their business “Backwoods All Natural Stone.” Quite appropriate, I think.

They started with just a pickup truck and a crowbar. A hand-crank boat winch mounted in the back of the truck helped to pull large boulders up a couple of planks and into the truck.

Eventually, once they decided to go full-time, they bought a “Bobcat” loader and a dump truck. Charla stated, “It was kind of scary at first. I wasn’t sure that I wanted to spend that kind of money.” But after serious consideration, they made the decision to buy the equipment and go to work.

Richard was already familiar with stone as a source of income. He is employed at Indiana Limestone, where he works in the limestone quarry and operates heavy equipment. He works there 8 to 12 hours a day, then comes home to help Charla and the kids. The kids all help. Kayla, 18, is a senior in high school, has a strong work ethic, works with mom part-time, and also at a local pizzeria. She is active in high school as a varsity cheerleader, and is on the high school track and cross-country team. Tim is 16 and in addition to helping with the stone business, is active in high school and is on the varsity cross-country team. Even young Jacob, 6, helps where he can and will soon be an active member of the family team.

This is possibly the most important part of the whole business. They merely ask around of folks who have suitable acreage with a large supply of rock.

Some folks readily allow access. Others worry about the later effect of washing or flooding. When working on an individual’s property, Charla and her crew are careful to:

In short, they always take good care of the properties where they are allowed to harvest stonefilling holes and keeping streams and drainages in good shape.

They will occasionally go into an area just after a logging operation. During the course of the logging operation, the skid trails that were created also provide good access to get to stones on the tract of land. The log skidders also usually unearth quite a bit of marketable stone during the making of the trails and while dragging out and yarding logs.

Here is a required caveat for potential rock harvestersbe sure to check the legalities of harvesting stone in your area. Laws differ from state to state, and place to place. In our area, it is legal to harvest stone on private property with the permission of the landowner. However, most all of the state and federal lands are off-limits to rock harvesting. This includes state and national forests.

Charla began her business by selling to a larger dealer nearby. She operated in this way for about a year before deciding she could do better eliminating the middle man by selling directly to customers.

She knew a few of the customers where her stones were already going, so she contacted them and asked to sell to them directly. This arrangement has worked out well; they seem to have met in the middle. She gets a better price than she would by selling the stones to the “middleman.” In turn, the customer is paying less than he was. Charla told them up front to keep buying from the original supplier, but to give her a try. They soon became full-time customers who like the personal attention and the quality of the material that the Iveys supply.

The Iveys now have five full-time customers and three part-time customers. All but one are professional landscapers, the other is a concrete and material supplier. They keep the Iveys really busy filling orders for large stone and landscape rock that, in turn, goes out to construction and landscape sites all over the area.

Here are some ideas that helped Charla develop a good customer base:

Charla told me that she wants to keep the business rather small and not have to worry about employees and all the headaches that go along with them. She has half a dozen good customers that include suppliers. Those customers pretty well buy all the stone the Iveys can supply. Charla would be happy to develop the customer base just a bit, perhaps building up to 12-15 steady customers.

Even staying small, she still has the same worries as most other small business owners, including customers, taxes, her few employees (family), sources for materials, deliveries, and equipment.

The family has begun to branch out a bit into doing some landscape jobs, jobs in which natural stone figures prominently. The sideline seems to mesh nicely into the rock harvesting business. The landscape jobs have just been picked up here and there as they have time.

Their customers have used this local “crick rock” on projects as far away as 80 miles.

Here is what their customers are looking for:

Their main rock product is stone that runs from 18-36 inches in length and from 150-2500 pounds. The stone is marketed as “field stone” or “creek stone.”

They usually bring their rock into the yard, where the stone is sorted by size and type. Then it is “palletized” or loaded onto wooden pallets. To contain all this loose stone on a pallet, a wire cylinder is first created and attached to an ordinary wooden pallet using woven fence wire and fence staples. For small stone, 2 x 4 welded wire is used to make the cages. The cylinders are then filled with sorted stone for the particular customer. Each pallet of big boulders usually holds about 1500-2300 pounds of stone, but some individual large rocks will weigh as much as 3000 pounds.

Large irregularly-shaped boulders are used for landscaping, rock gardens, water gardens and as “status rocks.” Those are the ones you see out by the driveway that are about as large as a VW Bug and have landscaping and flowers planted around them.

Smaller flatter stones that are 3-5 inches wide and 1-6 inches thick are used for everything from planting beds to veneer on new building construction. Flat stone is desirable for stepping stones and veneer.

One customer really likes the old hewn foundation stone that is found all over much of rural America. The old stones were originally simply hewn into a roughly rectangular or wedge shape and were used to support houses, barns, and homestead outbuildings of all types. In many places throughout our country, these old stones are all that remain of a once-thriving homestead. Charla’s customers will pay higher prices for these hewn, shaped stones, so she is constantly on the lookout for them.

Charla enjoys her business, even though it involves hard work and often long hours. She says it has taught her kids how to work hard and deal with customers. 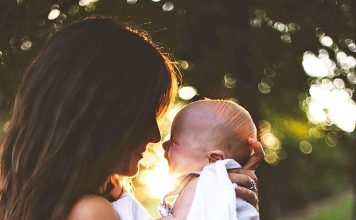