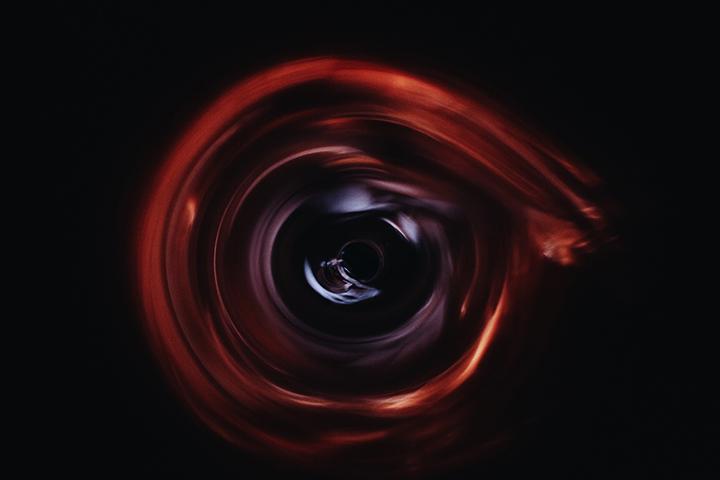 If you haven’t already heard, on September 10, 2008, the Large Hadron Collider (LHC), located on the border of France and Switzerland, was turned on for a test run. Sometime in early or mid-December, the scientists running the collider are going to accelerate protons in opposite directions at nearly the speed of light, and crash them head-on into each other. They hope the collisions will duplicate conditions thought to have existed in the first one trillionth of a second after the Big Bang.

But here’s the bad news: The LHC may also create microscopic black holes that will end the world. Black holes are bodies so dense, and whose gravitational fields are so powerful, even light cannot escape from them. They rapaciously swallow everything that gets close to them, their gravity getting more powerful with every particle they absorb. The black holes will fall inside the earth where they will gain in gravitational power as they gobble up the earth’s core. We won’t notice anything, at first, but within a few years we’ll start to realize something’s wrong as the interior of the earth disappears and earthquakes of biblical proportions take place. A short time after that, the entire world will be sucked in and we’ll all be dead. The terrible thing is, from the second that first black hole is formed in December, there is nothing we can ever do to stop it. Run for your life!

Are you scared? Well, let me add, physicists who understand this stuff say this is baloney. Still, the forecast of impending doom is all over the Internet. It’s even on CNN.

So, try this one on for size instead. There are at least four books written about it, so it must be true: The Mayan calendar predicts that December 21, 2012, the world is going to end. The priests from that ancient civilization made calendars of uncanny accuracy, but their calendar stops on this date and doom is certain to follow. Not scared, yet?

This morning I googled “end of the earth.” Are you ready for this? Real scientists say we’re actually in the middle of an ice age. At the moment we’re in an interglacial or warm period, but it’s not going to last. Glaciers and ice sheets will come back, American cities will be swept away before the advancing ice, and it’s going to start happening…well, it could start tomorrow, or not for another 10,000 years.

There are more prophesies of inevitable doom than I can shake a Ouija board at. In my lifetime we waited for The Bomb to end civilization, Y2K to send us back to the Dark Ages, avian flu to send us to the hospital, for Planet X to…to… What was Planet X going to do? On top of those, California was repeatedly posited to be about to fall into the Pacific Ocean, asteroids were going to collide with our planet and send us the way of the dinosaurs, and superbugsdrug-resistant microbeswere going to eat us all up.

Then there’s a thing called eschatology that deals with apocalyptic theories. There have been thousands of predictions forecasting the imminent Second Coming and the end of the world next week, next month, or next year. None, to my knowledge, have come true.

The earliest apocalyptic prediction we know of is one inscribed on an Assyrian clay tablet from 2800 B.C. It listed signs that the world was going to end any daywell, at least any day 4800 years ago. As near as I can tell, no religion and no civilization is immune to apocalyptic predictions.

So, why do we succumb to the latest doomsday story and forget the thousands before that didn’t come true? I’ll tell you why: Because everyone likes a good scary story.

Look what Hollywood churns out every year: One disaster epic after another. There are end-of-the-world movies, monster movies, and adaptations of one Stephen King novel after another. And they’re making billions showing them.

Is there anyone immune to this kind of stuff? You may think I am because I’m writing about them. But let me make a little confession: Back in the ’80s, even I got caught up in end-of-the-world scenarios. Yeah, I became survivalist, bought a Mini-14 and handguns, acquired some M1 Garands, socked away a bunch of food, ammo, medical supplies, junk silver coins, etc. I was the real-deal armed to the teeth and waiting for the economic collapse, nuclear winter, or the bogeyman. One day, it dawned on me that more than being scared of the end of the world, I was actually having fun preparing for it. The guns were funtoys, really. Making plans was fun, better than watching TV. Having a full pantry was satisfying. Being a survivalist had become a game, sort of the way taking a self-defense course becomes both fun and a social event. But, just as with taking a judo class, there were some benefits to my little bout with paranoia. Having the food, Band-Aids, and money stashed actually turned out to be prudent when I was laid off, and then again when my then-wife took extended maternity leaves. And I’ve socked food away ever since. I’ve come to realize it’s like a savings account. And the guns have more than held their valuesand they’re still fun. And if I lose my job, again, or I decide to take a sabbatical, or the ice sheets actually start advancing tomorrow…I’ve still got everything.

Had God asked my opinion (He hasn’t, yet) of what he should do to make us really happy, I’d have said, “Make life hell; make it scary. Make us different from one another so we can be suspicious of each other. Give us lots of things to be fearful of and worry about so we…” Wait a minute, that’s the way we are. Hmm. Now I understand why Adam and Eve ate that apple; because they were human. Can you imagine how boring Eden must have been? 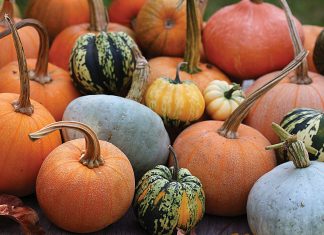 Grow some winter squash this year

By Lisa Nourse I love summertime — I love the green of the trees, the warm weather, and growing my own food. I especially love growing vegetables that will store well and provide that great...
Read more