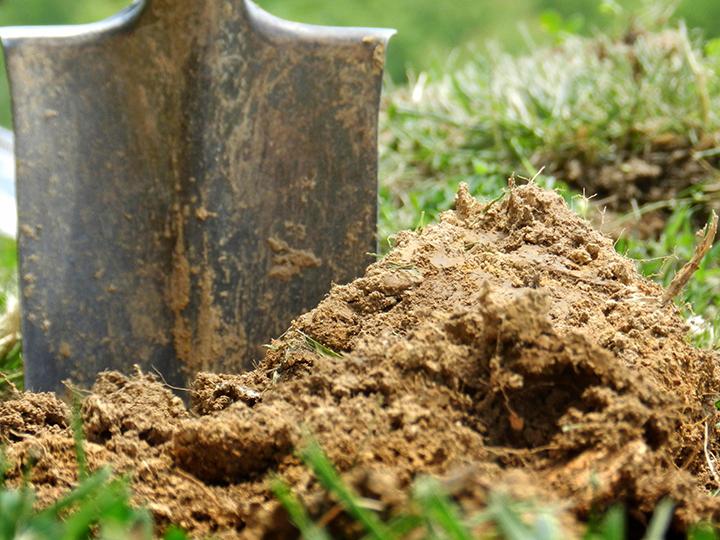 Back in the early 1990s the outlook for the nation in general and gun owners in particular seemed rather grim to many people. A few years earlier in 1986, Congress had banned civilians from owning newly manufactured machine guns. There was ever more strident talk of banning semi-automatic weapons or so called assault weapons. Many of us regarded a semi-automatic rifle as the foundation of a home defense battery. Many of us believed that more laws banning ever more types of guns were imminent. About that time I acquired a Ruger Ranch Rifle through a private sale. I decided to stash it away in a safe place just in case my worst fear was to materialize, another gun ban.

First order of business was to decide how I would prepare the gun for long-term storage and where I would store it. I decided that for maximum security I needed to bury it. This would keep it safe from all but the most determined government goons. I set about finding an appropriate location. I live in a fairly remote, wooded rural area in the northeast. One day as I was walking in the woods I noticed a hemlock tree had blown down and been uprooted by a recent windstorm. There was a small crater about eight feet across and three feet deep where the root ball had been torn out of the ground. It occurred to me that this would be a good spot for my rifle.

Since I now had the location, I began preparing the rifle for storage. I bought a piece of 6-inch diameter schedule 40 PVC pipe, end caps, and PVC solvent from a hardware store in another town where I had never done business before. Being in a rural area where everyone knows everyone I didn’t want to arouse any suspicions about what I was up to. I then disassembled the rifle and completely coated every metal part with a rust preventative oil intended for storing unused machinery in damp locations. This oil dries to form a waxy coating. I was extra careful that the bore was completely coated. I wanted to vacuum-pack the rifle as extra insurance against rust. As it turned out my employer had just taken delivery of a mainframe computer that happened to be wrapped in a large

aluminized mylar bag for shipping. This proved to be the perfect material for my purpose. I discovered that with a warm iron I could fuse the edges of this material into a custom-fitted airtight bag for the rifle. I placed each individual component of the partially disassembled rifle in its own custom-made mylar bag with a small bag of silica gel desiccant to absorb any moisture present. Using my shop vac and an iron I managed to produce a professional-looking vacuum-packing job. The barreled action, stock, trigger assembly, hand guard, magazines, scope, and mounts all went into individual bags.

Since the rifle was so heavily preserved I knew I would need something to degrease it with when I finally retrieved it so I included two small cans of 1-1-1 Trichlorethane in the package. Also, since a rifle is of little use without ammunition, several thousand rounds of .223 were included. Because every well-maintained rifle needs to be cleaned and oiled occasionally, I added a cleaning rod, patches, Hoppe’s #9 solvent, gun oil, grease, and owner’s manual. A set of reloading dies was included as well. If dire circumstances required me to retrieve my rifle I wanted to be sure that I would have everything at hand necessary to put it into service. All of the individually wrapped components were sealed together into a larger mylar bag custom-made for the purpose along with a couple more medium-sized bags of desiccant. A few bags of ammo were taped to the side of this bag and the entire thing was wrapped in duct tape. Additional ammo was packed into zip lock freezer bags.

With everything prepared I was ready to load the pipe. I first put in a large bag of desiccant followed by several bags of ammo, followed by the bag containing the rifle and supplies. Since there was some empty space surrounding the rifle, I dumped in some loose ammo just to fill the voids. More bags of ammo were then added to fill the pipe. Since I had a tank of nitrogen available, I also purged the air from the tube with the nitrogen before sealing it. This was undoubtedly overkill but I had it available so I used it. I took extreme care while using the PVC solvent to insure that the caps were perfectly sealed and watertight. Finally, I painted the pipe black, and at this point, 15 years later, I’m not sure why.

I loaded the sealed pipe in the back of my truck and drove up into the woods to the downed hemlock tree previously selected. With a post hole digger I dug a hole about six feet deep and a foot in diameter in the center of the crater left by the root ball of the tree. After gently placing the pipe in the hole, I carefully pulled the tree upright using a chain attached to my truck. By this time the tree had died and most of the needles had fallen off. Once returned to vertical it was pretty stable and a little dirt and debris shoveled around the edges did the trick. In any healthy, well-managed forest there are always a few standing dead trees, so this one would not arouse the curiosity of anyone who hunted or hiked there.

I never told anyone what I had done and I didn’t write down the location anywhere. About five or six years later I had a timber harvest. I had my consulting forester mark the tree as a wildlife tree so it wouldn’t be disturbed by the loggers. It was, after all, popular with the Pileated Woodpeckers. It has been 15 years since I buried the rifle and I have recently had another timber harvest. The tree was quite rotted by this time and it didn’t survive the harvest. I had been keeping an eye on it, so when it finally fell I marked a nearby tree so I could find it again after the loggers left. Even careful logging causes quite an upheaval in the forest and it can be difficult to locate a specific spot after all the landmarks have been changed. After the logging crew had left it took me several days with a shovel and a rake to locate the rifle. In hindsight, I should have had some additional way of locating it. Since the top of the pipe was about three feet below ground level, my old metal detector wasn’t much help. I decided that it would be interesting to retrieve the rifle and see how well my storage plan had worked.

I managed to locate the very rotted stump beneath the logging debris and started digging. Once I located the top of the pipe I excavated around it about a foot on all sides and to a depth of about a foot below the top of the pipe. I attached a noose of polypropylene rope and used the winch on my truck and a convenient log to slowly pull the pipe out of the ground. After all these years the soil was still very loose around the pipe and it was relatively easy to pull it out. I could have accomplished it without the winch had it been necessary. After removing the pipe, I filled the hole with logging debris and covered it up with some loose hemlock boughs to prevent someone from falling into it.

Back at the house I hosed off the mud and prepared to saw the pipe open. Using a handsaw, I very carefully cut completely around one of the caps. I didn’t want to damage the contents by being too enthusiastic.

With the cap removed it was immediately obvious that no moisture had gotten into the pipe. I carefully slid the contents out on to a table for examination. After unwrapping the duct tape and removing the outer bag, it was obvious that all was OK. All of the individual packages were unwrapped to reveal the contents were as good as the day they were packaged.

So if you think it is necessary, you can store a rifle safely for long periods in harsh environments. A little attention to detail, some scrounged materials, and a few dollars in supplies are all it takes.