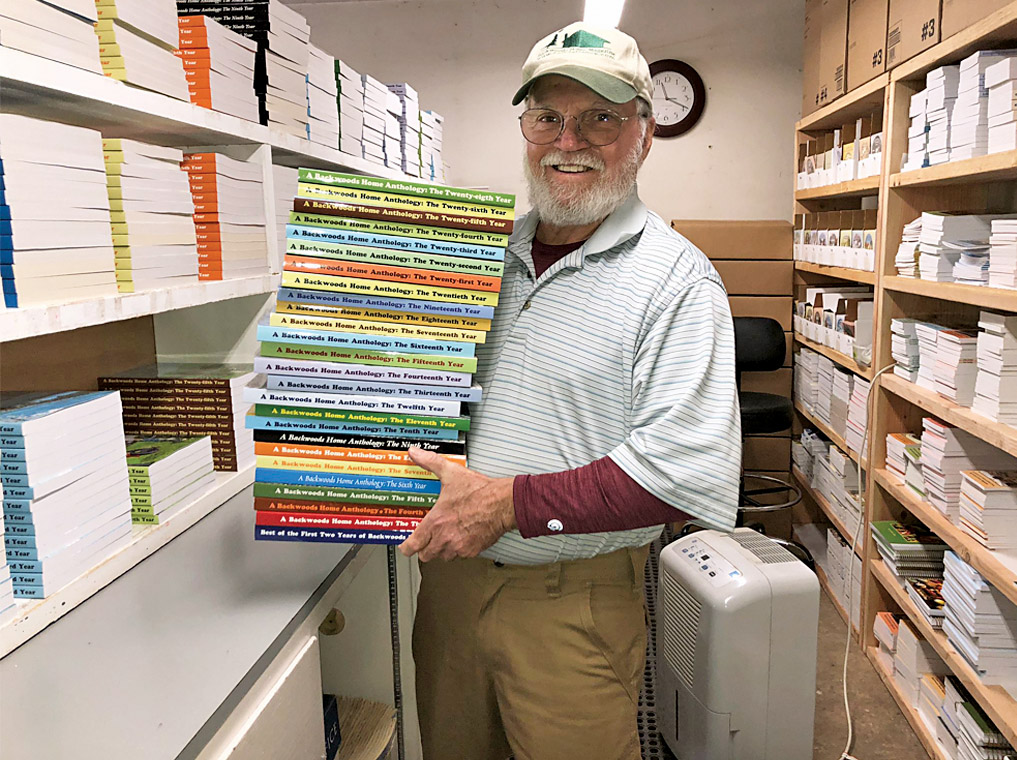 Now and then you have to make a daring move in your life or you’ll run the risk of losing your dreams. Some people do that by changing their job to one that pays much less but makes them happier, and some do it by moving deep into a rural area where they think they’d feel more at home. I’ve done both, but a couple of months ago I took another risk by electing to have my left knee surgically replaced so I could walk normally again. I did it despite the fact there was a 1% chance of failure of the surgery.

The risk was small, for sure, but I’d love to have those odds of winning the lottery. Being in my early 70s, the age at which most knee and hip replacements take place, I had met lots of people on the golf course, where I get my main exercise, who had a knee or hip replaced. Their praise for them was universal and effusive, with most saying it dramatically changed their lives for the better. They all encouraged me to get mine done. But I never met anyone from the 1%.

Except for my brother, Hugh. Both of us had explored knee replacement surgery simultaneously about 5 years ago, he for his right knee and me for my left. Being on the East Coast and armed with good insurance in a sea of high quality hospitals, he went first while I consulted with my doctors on the West Coast. He quickly developed a deep infection the doctors couldn’t cure, and I just as quickly put my surgery on hold.

Five years and a lot of misery later, he’s recovering from having his third failed knee removed and his leg fused straight with a rod so they can finally cure the infection. The surgeries all had complications that required hospitalizations, followed by stays at skilled nursing facilities, and extensive in-home nursing care. It became a 5-year nightmare that took him from an active retiree who went to the gym almost every day and played golf often to a man dependent on his walker or cane to get from room to room in his house. Luckily for him, he has a naturally positive outlook on life and optimistic view of the future.

After Hugh’s initial surgery went south, my doctor introduced me to a sophisticated $500 Breg brace he said I might want to use for a while. I went through two of them during my brother’s 5-year ordeal, strapping it on in the morning and adjusting it throughout the day as it slipped. I built decks with the additional help of construction knee pads, split and brought in my own firewood, and walked the 18 holes of the golf course, bragging to fellow golfers that my Breg brace was as good as a successful knee replacement. My doctor supplemented the brace by injecting cortisone directly into my knee about every 6 months.

But eventually, as my doctor had predicted, the Breg brace and the cortisone shots were not enough. I had no cartilage on the inside of my left knee and the arthritis there gradually advanced, making the bone on bone contact more painful. I stopped building my decks and relied either on my sons to bring in my firewood or simply turned on the electric heater. One day, while on the raised green in the middle of my local golf course, I looked at my car in the distant parking lot and wondered how on earth I would ever get back to it. It was about a year after that that I gave up golf and all other physical activities that involved my knees, but it was still another few months before I called the doc and told him I wanted the surgery.

This is a busy surgeon who replaces, on average, 6 knees a week, yet he waited 5 years for me to make up my mind, babysitting me the whole time by finding me a suitable brace and administering cortisone shots. During one of our consultations prior to the surgery, he said, “I can’t guarantee you that what happened to your brother won’t happen to you, but the odds are less than 1%. I can guarantee you that I have done a lot of these surgeries, that I prepare well, and I am a perfectionist. I do everything in my power to ensure a good outcome.” It also helped that my neighbor, who was about to get a hip replacement from another surgeon, told me that he had heard of my doc and he was considered the best in the business at replacing knees.

As I prepared for knee replacement surgery I hoped would restore my ability to walk better, my brother prepared for what he hoped was his final surgery to cure the infection. I had my first artificial knee inserted four weeks before he had his third removed.

I did my pre-surgery homework, reading everything I could about the procedure while getting in the best shape I could to improve my recovery chances. Having knees and hips replaced is becoming more common. As of 2010 about 7.2 million Americans have either a total hip replacement (THR) or total knee replacement (TKR). Breaking that number down, 95% of them are over age 50, 2.5 million represent hips while 4.7 million represent knees, 1.4 million women get hips replaced to 1.1 million men, and 3 million women get knees replaced to 1.7 million men. It is estimated now that 700,000 people annually are having THR or TKR, and that number is expected to increase to 3.5 million annually by 2030 and the trend will go to younger people as the quality of the replacements and procedures continues to improve. Medicare paid for this “elective” $30,000 surgery for me, so younger people want to make sure it’s covered by their insurance policies.

Going into my surgery, the doc said he was assuming I would need a partial knee replacement, but told me he might switch to a TKR during surgery depending on how much damage he finds. The pre-surgery x-rays and scans, he said, do not always tells you everything about the condition of the knee. Turns out I needed the partial, which my doc said can be readily surgically converted to a TKR in the future if necessary.

After 1 night in the hospital, 3 weeks of at-home physical therapy (PT), and another 3 weeks of outpatient PT, I was allowed to play golf using a cart. At 9 weeks out of surgery I began walking the course and am slowly building up to walking all 18 holes. The projection is I’ll be back to walking the course like a younger version of myself by 12-16 weeks. For a TKR, it can take as long as 6 months. The older knee replacements lasted 15-20 years, but the newer ones like mine are expected to last much longer, easily beyond my lifetime.

As I resume building the third deck onto my home, my brother has just been discharged from a skilled nursing facility and gone home. He is exploring the possibility he can adapt his car so he can resume driving with a permanently straight right leg. I’m grateful for being able to resume all my former activities, but our starkly different outcomes gives me a much better appreciation for the risks we all take when trying to improve our lives.