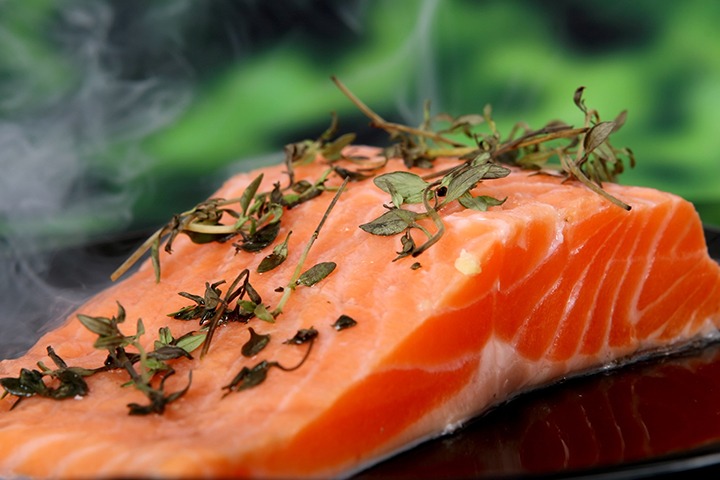 Salmon is always a treat, but if you want to try something different, how about making pickles and candy out of the next fish that lands in your kitchen. In my house, when there are salmon pickles in the crock and a stash of salmon candy in the cupboard, everyone is happy.

Mention pickled fish and most folks think of herring. I used to, too, until a few years ago when I was introduced to a platter of pickled salmon. Traditional Old World rollmops are good but, in my opinion, newfangled salmon pickles are a whole lot better. They earn such big raves when served as an appetizer, you’ll hate to confess how easy they are to make.

For the ultimate treat, salmon or Indian candy is sweet enough to pass off as dessert. Chewy salmon candy makes a satisfying snack for nibbling on while you’re waiting for a nibble at your favorite fishing hole or for toting as a pocket treat to enjoy along the trail. The secret to making good candy is in the brining and basting so don’t skip any steps and you’ll end up with a perfect batch every time.

Sometimes I halve a hefty salmon in order to make a batch of pickles and candy from the same fish. The recipes below can be doubled or tripled to accommodate the catch.

There are two basic ways to pickle fish. One method calls for brining raw fish. The other method, which I prefer, calls for the fish to be blanched or lightly poached before putting in the crock. The latter produces a lighter-colored, milder tasting pickle.

Cut the fish into one-inch cubes. In a large skillet bring enough water to cover fish to a boil. Gently ease fish into the water and poach for one minute or until it turns from red to pink. Drain and let cool. Combine the remaining ingredients, except onion and pepper, in a saucepan and bring to boil. Simmer five minutes. Layer salmon chunks with onions and peppers in an earthen crock. If you don’t have a crock, use a gallon jar or other glass container. Pour the boiling vinegar solution over the fish. Cool, cover tightly, and refrigerate for at least three days before serving. Serve salmon pickles with crisp rye crackers and a little pot of sour cream for crowning.

I use real maple syrup in my salmon candy recipe but you can substitute maple flavored pancake syrup, if you wish. Or you can use plain syrup and add a few drops of maple flavoring to the brine. Use maple, apple, cherry or other fruit chips for smoking the candy.

Cut the salmon into one-inch cubes. Mix the remaining ingredients, except the honey-water mixture, in a glass bowl. Stir until the salt and sugar are dissolved then add the fish. Cover and let brine in the fridge for 24 hours. Remove the fish from brine and discard the liquid. Insert a sturdy wooden toothpick into each chunk of salmon and place on smoking rack, using a toothpick as a hanger (as shown in photo). Let the fish drip over paper or sink for 20 minutes. This air drying step helps produce a glossy finish. Smoke for six to eight hours, brushing several times with the honey mixture until glossy. If you like it moist, reduce the smoking time. For more leathery candy, go the full eight hours. When done, the toothpick will be well secured into the fish, making a handy candy stick. Store in a wooden box in a cool place.