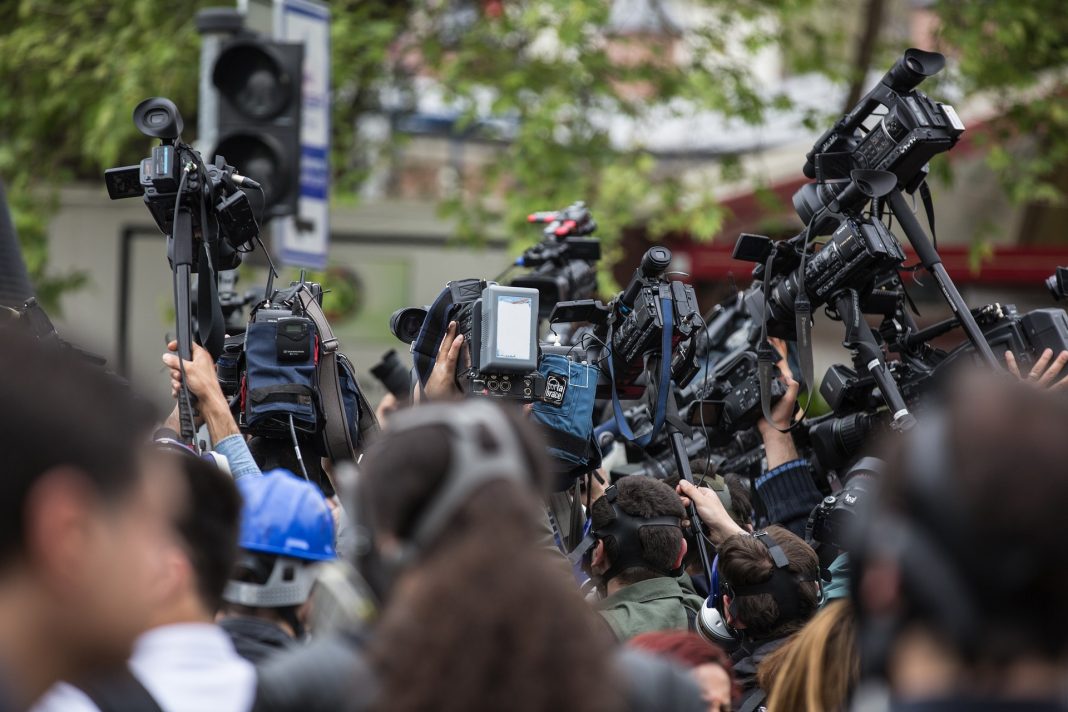 Thank God for internet news! I don’t believe anything I read in the mainstream media anymore. Internet news may come from every conceivable viewpoint, with every possible slant and bias, but at least I get all sides of the story. It’s like looking at a 3D view of rotating hardware on a computer screen. I see many perspectives, inside and out. In the days when the mainstream media dominated the news, I got one perspective, usually biased.

It’s ironic that the mainstream media, in a frantic attempt to explain how their anointed candidate, Hillary Clinton, lost the Presidential race, began claiming that much of the reason for her loss rested at the feet of the internet, claiming that the internet was responsible for the proliferation of a new terrible anti-news phenomenon they dubbed “Fake News.”

Fake News, according to the mainstream media, consists of inaccurate or otherwise false news stories designed to go viral on the internet. It is produced by non-credentialed non-journalists who, if not outright paid political operatives, have no business reporting news at all. The non-journalist frauds should somehow be stopped, the mainstream media contends, because most of them produced Fake News that supported the candidacy of Donald Trump.

I detect a significant amount of alarm on the part of the mainstream media. They should have been reading my columns for the past 20 plus years. I predicted on several occasions that they would meet their demise at the hands of the internet. Of course, I didn’t call the usurping internet voices non-journalist frauds at all. I called them the last best hope for freedom in America. I labeled the mainstream media as the journalist frauds because they continually and willfully distorted the news to keep a certain political party in power.

Unfortunately for the mainstream media, the unwashed masses of internet reporters almost immediately turned the charge that they were disseminating Fake News on its head and re-pinned the label right where it belongs — on the mainstream media. That general perception was reinforced when President Trump, the master of the “linguistic kill shot,” began referring to CNN as “Fake News.”

Linguistic Kill Shot! What is that?

For those of you who do not get enough of your news from the internet, a ”linguistic kill shot” is a phrase coined by Scott Adams, creator of the cartoon “Dilbert” and a popular online blogger. He predicted a year before the election that Trump would win the Presidency because of his ability to attach damaging labels to his opponents. Some of Adams’ examples of linguistic kill shots are “Little Marco,” “Lying Ted,” “Low Energy Jeb,” and “Crooked Hillary.” CNN is probably the most visible manifestation of the mainstream media, and the label “Fake News” fits it perfectly in the eyes of many people.

CNN is just the tip of the iceberg when it comes to the growing irrelevancy of the mass media. Although it has been mockingly referred to as the Clinton News Network by people like me for more than 20 years, it is still at least surviving, although its viewership is in the toilet. They may not go out of business, but they now have more “canned” specials than they have actual live news shows.

The other major members of the mass media, on the other hand, such as The New York Times, Los Angeles Times, The Washington Post, Chicago Tribune, The Boston Globe, etc., are in real danger of going out of business. Most have been sold in recent years at tremendous financial losses, their editorial staffs cut, and even, in the case of the Los Angeles Times, their longstanding, stately Los Angeles Times Building sold from beneath them before they were unceremoniously evicted.

The Boston Globe is a good example. In 1993, the year of my first editorial complaint about how the immense power of the mass media serves mainly to distort the news, The Boston Globe sold for $1.1 billion to The New York Times. Twenty years later it sold for $70 million, roughly the price of the real estate it occupies. In another words, it’s worth nothing. The New York Times is on the same path.

The Washington Post stands out in this Presidential cycle. Once a king-maker and king-breaker in national politics, it was sold for a song ($250 million) in 2013 to Amazon’s Jeff Bezos, who essentially uses it as an experiment in how to reinvent newspapers. Bezos’ legendary patience and Amazon’s track record of being able to reinvent businesses will be tested to the max to save this media dinosaur.

All of these newspapers, along with legions more dailies and former news magazines across the country, have neither influence nor money anymore. They are sliding into history’s ash bin, while the internet continues to evolve into the information source of the future.

In their dying gasps for air, the mainstream media is attacking President Trump en masse, with most Establishment Democrats and several famous Establishment Republicans urging them on. The rest of us, however, are yawning at their indignant and increasingly hapless protests, as we get our news online from hundreds of competing sources, sometimes even directly from the President himself via Twitter.

It’s a great way for a Democracy to work, don’t you think? Everybody has a voice, the deafening distortions of the once powerful mass media have been muted, and the rest of us can make up our minds via an election.